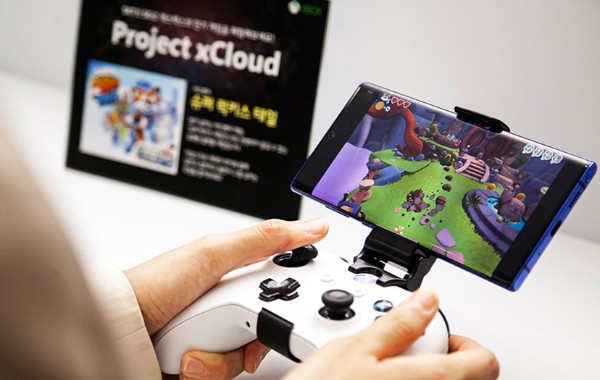 South Korean gamers would no longer have to consider getting a PlayStation or Xbox as the console game experience becomes available on smartphones through cloud gaming services on 5G networks.

Cloud gaming is a new type of online gaming service that runs on remote servers, rather than consoles, PCs or other high-powered gadgets that have traditionally supported heavy-graphic games. Thanks to the rollout of 5G communication networks, users can now stream hundreds of games directly from the cloud on their smartphones or tablet devices, in much the same way they enjoy Netflix.

LG Uplus Corp. was the first of Korea’s big three carriers to test its clouding game service, C-games, in 2012. After shutting down the service in 2016, it joined hands with Nvidia last year to service the U.S. tech company’s cloud gaming platform, GeForce NOW, which hosts 300 PC and console games including League of Legend and Death Stranding. 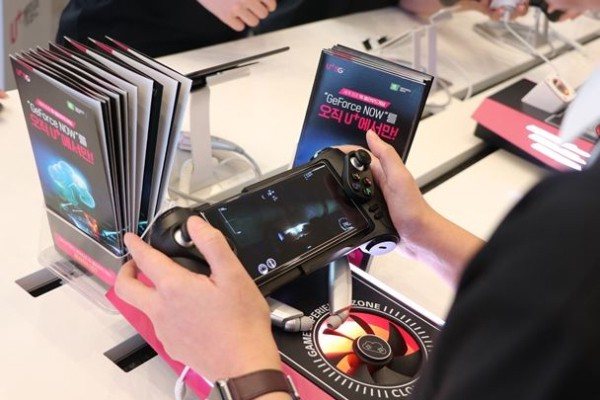 GeForce NOW will be open for subscription in Korea on Aug. 24 and will come with two membership plans. The free Basic plan allows users to play for up to an hour at a time. The Premium option charges 12,900 won ($10.9) a month, and allows members to play a game session for up to six hours. LG Uplus users can get a 50 percent discount.

SK Telecom Co. is slated to launch Microsoft’s Xbox cloud gaming service on Sept. 15. For a monthly fee of 16,700 won, users would have access to more than 100 Xbox games, including Halo and Forza Horizon.

But Xbox would have a lot of ground to cover as it does not yet have as big a following in Korea as it does overseas.

Korea’s console gaming market is dominated by Nintendo Switch, which holds a 41.0 percent share, followed by PlayStation 4 with 37.8 percent and Nintendo DS and Wii with 39.3 percent, according to a 2020 game user market report by Korea Creative Content Agency. Xbox 360 holds just 9.3 percent and Xbox One 8.7 percent of the local market. 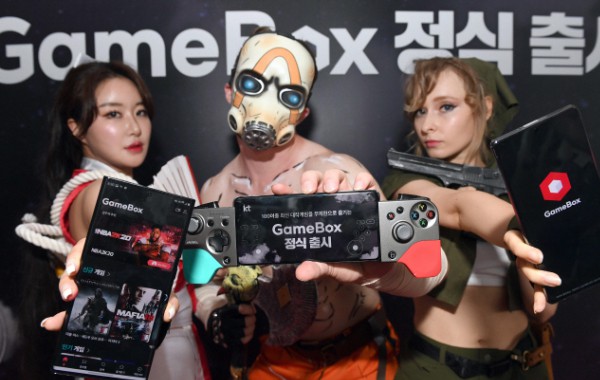 Unlike rivals that service platforms owned by overseas companies, KT Corp. is targeting the Korean audience with its own cloud gaming service GameBox, which was launched Wednesday. Despite being a latecomer, it has drawn the attention of gamers by partnering with U.S. game holding company Take-Two Interactive Software. Take-Two owns two major publishing labels: Rockstar Games, whose hit games include Grand Theft Auto and Red Dead Redemption, and 2K, whose notable franchises include NBA 2K, Mafia and Borderlands.

GameBox will provide a limited-time subscription offer of 4,950 won a month until the end of the year, after which it will charge a monthly fee of 9,900 won.