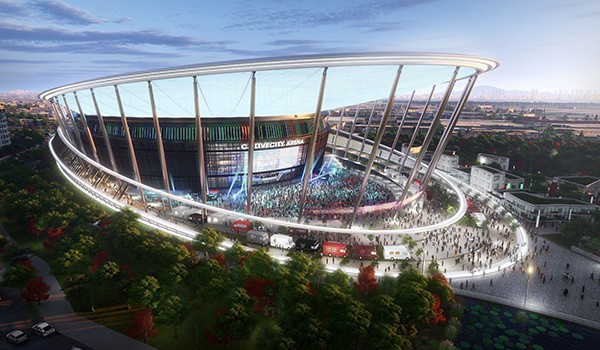 CJ LiveCity, dubbed to become the primary host for K-pop concerts and extravaganza, is back on track after four years of delay.

The Universal Studio-like K-pop experience park, nestled in Goyang, northwest of Seoul, will house a 40,000-seat concert arena, rides and theme zones, hotel, and shopping complex, according to CJ LiveCity Corp on Tuesday. CJ LiveCity is an affiliate of Korean food and entertainment giant CJ Group.

The company said it recently received an approval from Gyeonggi Province on its CJ LiveCity project costing 2 trillion won ($1.7 billion). It plans to start construction as soon as it gets building permit. The municipal government’s final review on the construction will be held next Wednesday.

The company plans to complete the construction by 2024. 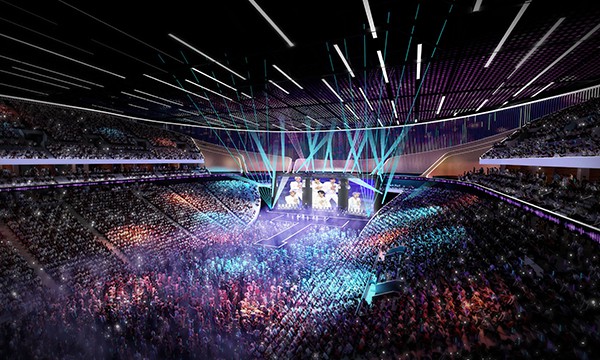 Concert arena is the heart of the LiveCity project. Most concerts in Korea are preformed in sports stadiums. The arena will be equipped with best audio, video and other infrastructure for live performances.

The company has estimated its K-pop entertainment complex will produce an economic effect worth 33 trillion won over 10 years, and create 280,000 new jobs, based on a study conducted by Samil PricewaterhouseCoopers and Yonsei University on its request. The study also estimated the number of annul visitors at minimum 20 million. According to a report made by GoldmanSachs in May, the global music industry is recovering from COVID-19 impacts. It projected the global music industry to rebound to 35 trillion won by 2023 and continue growing 4 to 5 percent every year.

The CJ LiveCity project was first launched in 2016. Since then, it has gone through setbacks, including an accusation that the project received special favor from now-impeached President Park Geun-hye. It is reported that K-pop stars latest feat, like BTS scoring No. 1 on the Billboard 200 chart, has helped earning regulatory approval on CJ LiveCity.