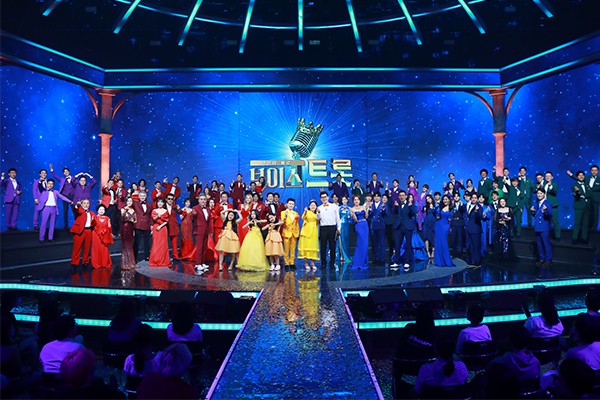 According to Nielson Korea on Saturday, Voice Trot’s viewer rating amounted to 8.184 percent for part 1 and 10.091 percent for part 2 last Friday, the highest among the programs on the same slot.

Voice Trot is a survival competition show that pits 80 celebrities in many different fields including actors, singers, comedians and YouTubers against each other. Famous trot singers including Nam Jin, Hye Eun-i, Jin Sung and Park Hyun-bin joined the show as a panel of judges. 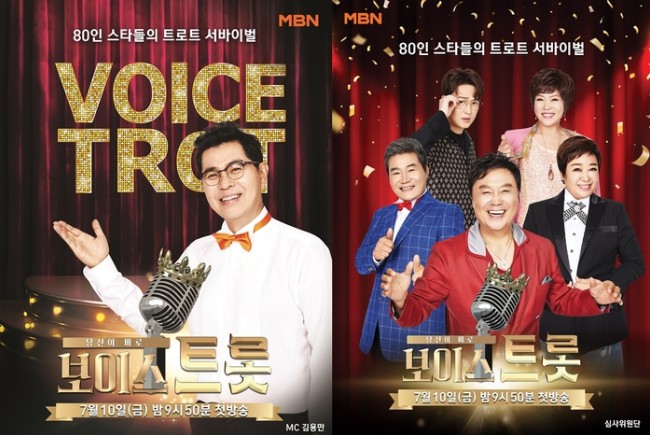 The program even broke the previous highest viewing rate recorded by its predecessor Voice Queen at 8.6 percent. Show participants range from once-popular stars to now-famous teenage stars with a broad age range of nine to 82.

Performances integrated with other music genre such as musical, hip-hop and jazz received well in the latest contest.

Industry watchers expect the program to become more popular thanks to the ongoing trot music hype and high quality performances. “Trot music has given fresh feeling to young people and created fandom among older generations, and its market is getting bigger and bigger,” said popular culture critic Jung Byung-wook.