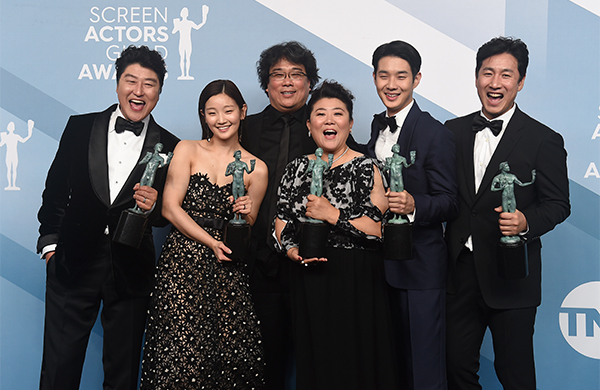 South Korean dark social satire film “Parasite” was crowned at the 2020 Screen Actors Guild (SAG) Awards for outstanding performance by a cast in a motion picture on Sunday for the first time for a foreign-language film in the 25-year history of the awards, the Oscar precursor ceremony.

The South Korean hit directed and written by Bong Joon-ho won the trophy at the 2020 SAG Awards after beating out four strong contenders – Jay Roach’s “Bombshell,” Martin Scorsese’s “The Irishman,” Quentin Tarantino’s “Once Upon a Time in Hollywood,” and Taika Waititi’s “Jojo Rabbit.”

Previously, Italian comedy-drama “Life is Beautiful” (1998) directed by Oscar-winner Roberto Benigini was nominated in the same category but failed to grab the trophy. 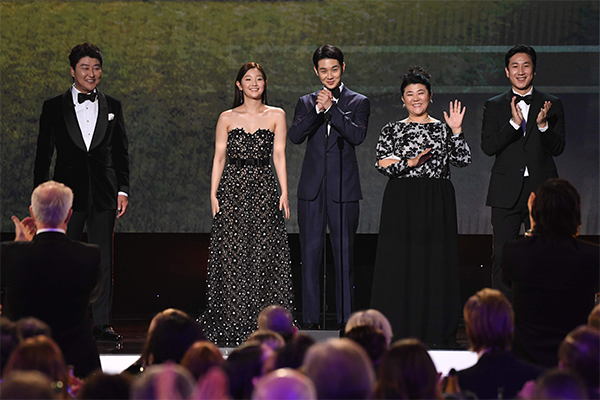 “Although the title is Parasite, I think the story is about co-existence, and how we can all live together,” said Song in his acceptance speech through a translator. “I am so honored to receive this award in front of such amazing actors that I admire. I will remember and never forget this beautiful night. Thank you so much.”

The South Korean heavyweight now is up for a total six awards including Best Picture and Best Director and International Film at the upcoming Oscar ceremony next month after collecting a slew of trophies worldwide including the Palme d’Or at the Cannes Film Festival last May and the best foreign film at the 2020 Golden Globe earlier this month.