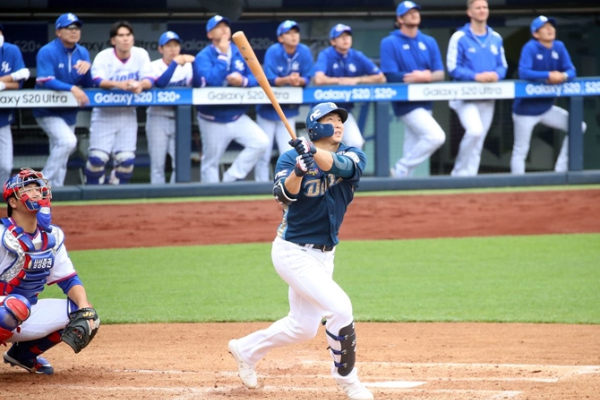 South Korean professional baseball club NC Dinos now has fans in North Carolina as American avid baseball lovers tuned into the opening games in Korea with envy as sports are still under shutdown in the United States.

The Dinos based in Changwon, South Gyeongsang Province, defeated Daegu-based Samsung Lions 4-0 in a game that was broadcast on ESPN, which had been happy to air any live sports event during global pandemic.

Official community-run page dedicated to the NC Dinos team was opened on the U.S. Reddit website, and Durham Bulls, an affiliate of the Tempa Bay Rays of U.S. Major League Baseball and home to Durham of North Carolina, tweeted that it was rooting for Dinos in the KBO league.

People in North Carolina, with 10.5 million in population, are known to be sports lovers. 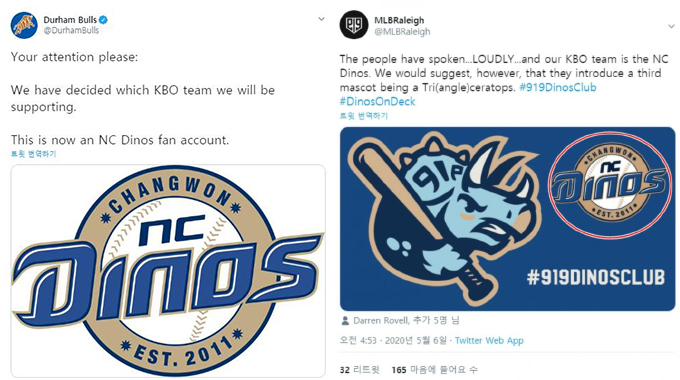 이미지 확대
The state is home to popular professional teams for football and basketball. U.S. PGA Championships and U.S. Open Championships are held frequently in the state. Stock-car racing leagues NASCAR started from the state.

Eric Allyn Thames, who played the NC Dinos in 2014-2017 and returned to the MLB, appeared as an online panel on the ESPN broadcast.

By Lee Yong-gun and Lee Ha-yeon