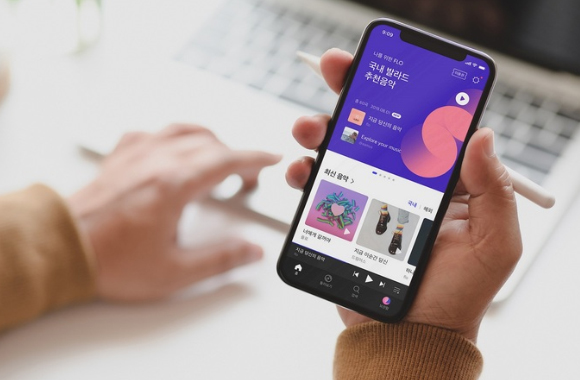 Flo, a music streaming platform operated by the nation’s leading telecommunications firm SK Telecom, will soon provide personalized top 100 playlist based on each user’s picks and preferences. It will give custom-tailored top 100 tracks to every single user after sifting through big data.

The latecomer in the market that launched its service in late 2018 has been focusing on AI technology to differentiate itself from others by providing various personalized playlists. A company official said around 50 percent of its users listened to tracks recommended by AI over the past month and the number of songs they listened to on average also increased from 5.2 songs to 6.3 songs. 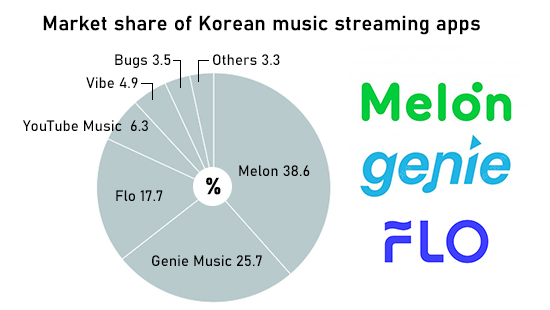 이미지 확대
Local music streamers are stepping up their technological capabilities to brace for intense competition from global streaming giants. Sources said Spotify, the world’s top music streaming platform, finished establishing a branch in Korea and hiring employees to soon begin its service in the country. Spotify operates in 79 countries and has 286 million users as of the end of the first quarter. More than half of 130 million users are premium subscribers who pay $9.99 per month, and it has more than 3 billion playlists recommended by AI.

Google’s YouTube Music has also seen the number of users rapidly increase thanks to the content recommendation algorithms. YouTube Music ranked fourth in the Korean music streaming market in February, beating Vibe and Bugs. “Competitiveness of music streaming apps will depend on AI technology as personalization has become a key part in the industry,” according to an industry official.

By Lim Young-shin and Choi Mira