Bong Joon-ho’s “Parasite” has become the first South Korean film to be nominated for a best picture Oscar as well as for five more categories including the best director, making history in a century-old Korean film industry.

Director Bong’s black family satire Parasite has been on a stunning winning streak since taking home the Palme d’Or at the Cannes Film Festival last May. 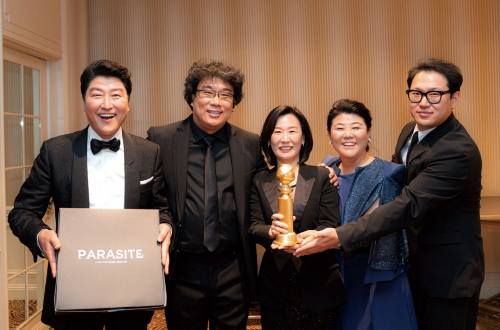 Earlier this month, it was crowned the best foreign film at the 2020 Golden Globes, becoming the first-ever Korean film that scored a Golden Globe win.

Industry observers and moviegoers now are watching whether Parasite could grab the Oscar trophy and add more in the Korean film history.