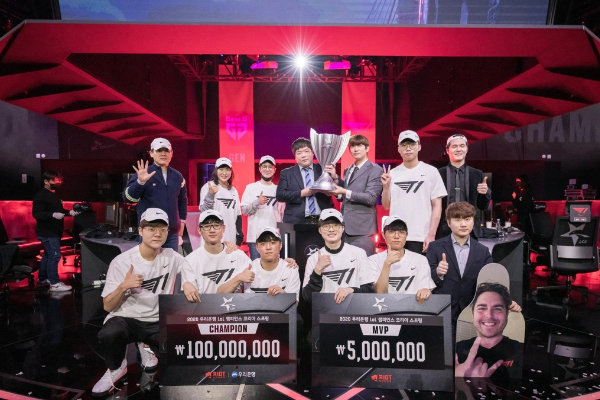 With a 3-0 score line, T1 beat out Gen.G in the finals to become the champion for nine times. T1 jungler “Cuzz,” played by Moon Woo-chan, was named MVP of the finals.

To add life into the audience-less contest amid epidemic outbreak, SK Telecom plastered photos of fans posted on the open gallery and installed them at the arena. Fans joined an online event to deliver their supporting messages to the teams.

Various technological supports also were offered for more vivid and realistic experience to the viewers. 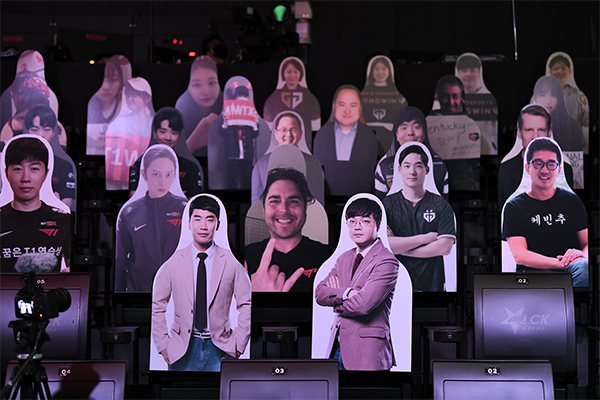 With the 360-degree virtual reality (VR)-based live stream, fans enjoyed relay broadcasting, commentary and audience’s shouts on screen as they were in the arena. VR Replay service enabled viewers to watch the matches from an in-game champion’s point of view.

The online live stream of the finals between T1 and Gen.G was watched by 1,074,564 people in the world, except for China, according to Esports Charts. SK Telecom estimated millions of viewers watched the finals online across the globe.