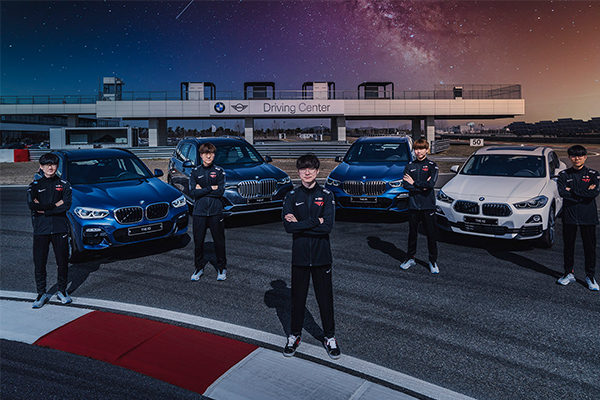 T1 was founded last year as a joint venture between Korea’s top mobile carrier and the U.S. entertainment company Comcast Spectacor LLC. It runs 10 teams in competitive online games including League of Legend.

Under the latest sponsorship, BMW will develop special hardware and software products for T1 players. Together with the esports company, it will also conduct research on the movements of T1 players using 5G wireless communication and artificial intelligence technologies.

The two firms will carry out a joint global marketing campaign, with BMW Group supporting the players with its latest BMW X7 vehicles and the players wearing uniforms sporting BMW logos.

BMW Group is making a big push into esports at a time when traditional sports such as basketball and baseball have been shut down due to the coronavirus pandemic. Along with T1, BMW also announced it entered into agreements with four other esports organizations – Cloud9, Fnatic, FunPlus Phoenix, G2 Esports – spanning more than five countries and three continents.

Powered by a massive millennial fan base, esports is showing rapid growth, with the global market this year projected to expand 16 percent from the previous year to $1.1 billion. The number of viewers worldwide is also expected to reach 500 million.

By Lim Young-sin and Kim Hyo-jin