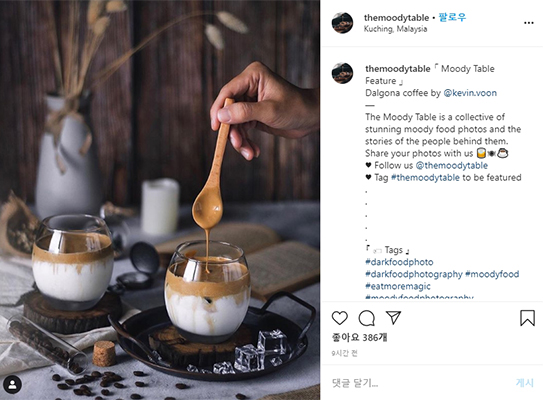 Making a sweet in the Korean style has emerged as a new universal pastime amid global stay-at-home lifestyle under virus threat.

The recipe for the creamy latte drink is simple enough: instant coffee, sugar, water and milk. But it does require some arm muscle as it needs to be stirred at least 400 times to create a thick frothy foam.

With many people stuck at home to practice social distancing, challenging a cup of “dalgona coffee” has become viral in the social media.

The trend is spreading beyond Asia. According to Instagram, Malaysia has shown the most dalgona coffee postings, followed by India, the United States, Indonesia and the Philippines. 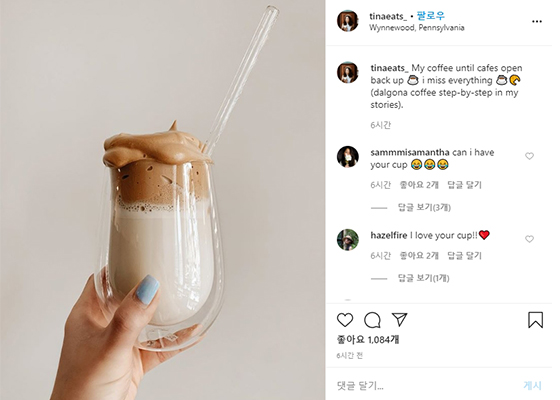 According to Google Trends, interest in dalgona coffee started picking up from March 7 and still continues to climb. Interest has been highest among Southeast Asian countries including Brunei, Malaysia, Singapore and the Philippines. But it is also catching on in Canada and the U.S., as well as European countries including Norway, Finland and the U.K.

Dalgona coffee gained popularity in Korea after the actor Jung Il-woo, who first discovered the drink in Macau, introduced the recipe in a TV program. The beverage got its name from the sweet creamy topping that resembles the Korean honeycomb toffee candy dalgona.

Sales of electric mixers have also surged. According to the ecommerce site Gmarket, mixer sales have jumped more than 13 times from March 6 to April 5 from the same period a year earlier.