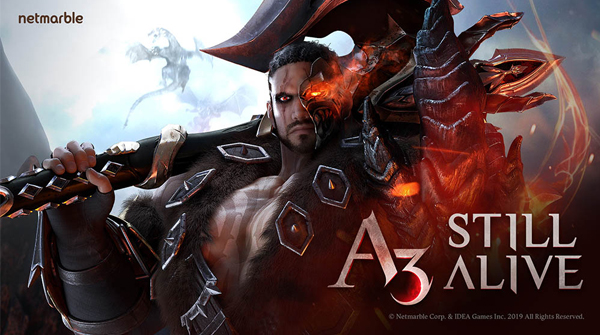 According to industry sources on Sunday, Netmarble will release up to five new games by June to turn its focus back to game business after engrossment over the acquisition of Woongjin Coway, the country’s top home appliance rental service company last year.

The first in the pipeline is its new mobile game ‘A3: Still Alive’ slated for launch on March 12. It spent huge amounts of money and manpower of more than 120 engineers over the past three years to develop the game. An industry official said the gaming giant hopes to replicate the success of Lineage 2 Revolution that raked in 206 billion won ($170.8 million) in just a month since its launch in late 2016. The multiplayer role-playing game became the first Korean game that ranked top in Japan by sales and made top 20 in North America, giving the company a title of a global game publisher.

The company chairman Bang Joon-hyuk reportedly urged its employees to work hard to achieve “strong Netmarble” by focusing on reinforcing game business, as he believes they now have attained the goal of becoming “healthy Netmarble” by stabilizing the 52-hour maximum workweek system, according to sources.

By Lim Young-shin and Choi Mira