BTS grabs fourth No. 1 on Billboard 200 with new album 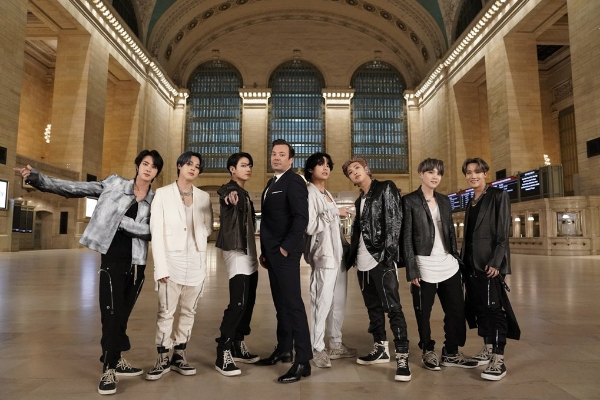 The South Korean boyband BTS scored their fourth No. 1 win on the Billboard 200 with their latest album “Map of the Soul: 7,” making it the fastest group to earn four No. 1s since The Beatles.

“Map of the Soul: 7,” which dropped on Feb. 21, topped the charts with 422,000 equivalent album units earned in the U.S. in the week ending Feb. 27, according to Nielsen Music/MRC Data. The new results will be officially released on Billboard’s website on Mar. 3.

Physical album sales totaled 347,000, with streaming equivalent albums tallied at 48,000 and track equivalent albums at 26,000. Billboard counts 10 track downloads or 1,500 streams as one physical album. The 20 tracks in the latest BTS album were streamed 74.79 million times in the first week of release.

Billboards said BTS has landed four No. 1 albums in a little more than one year and nine months. The last group to grab four No. 1s faster was The Beatles, who took just one year and five months between Yesterday and Today (July 1966) and Magical Mystery Tour (January 1968).

The last act to snatch four No. 1 albums faster was U.S. rapper Future, who accomplished the feat in just one year and seven months.