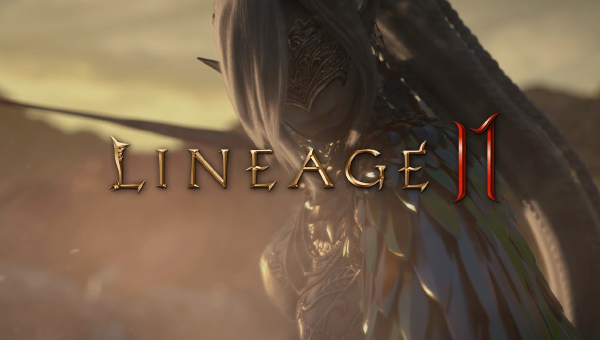 NCSoft’s mobile MMORPG title Lineage 2M, the most popular game app on the Google Play Store in sales, generates as much as 4.1 billion won ($3.46 million) a day on average, according to an analysis on Monday.

The combined cumulative sales of the mobile multiplayer role-playing game on Google Play and iOS App Store are estimated to surpass 274 billion won from its release on Nov. 27, 2019 to Jan. 31, 2021, said IGAWorks, a leading mobile app marketing company. Daily sales peaked at 9.2 billion won on Jan. 1. 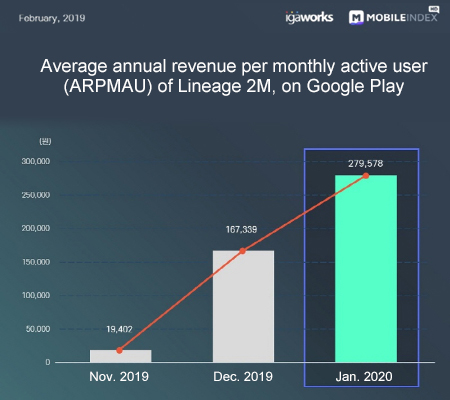 이미지 확대
January sales totaled 128.7 billion won, with a single user spending over 270,000 won on average. The average annual revenue per monthly active user (ARPMAU) of Lineage 2M on Google Play was 19,402 won in November 2019, 167,330 won in December and 279,578 won in January. ARPMAU is one of the most used monetization metrics in game performance analytics.

The number of daily users of this game is maintained in the range of 230,000 people after peaking at 540,000. The current user number is twice higher compared to its predecessor Lineage M. In January, the average time of use reached 118 hours per person, IGAWorks said.