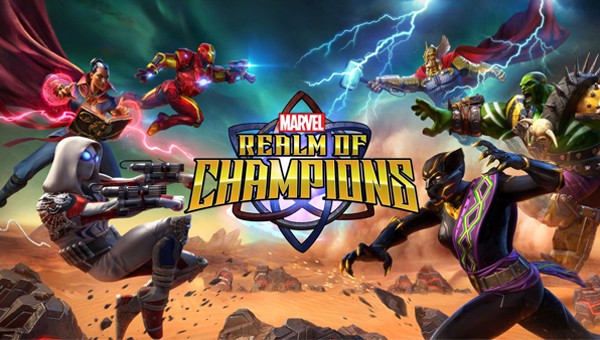 The game now is available in 12 languages on Google Play Store and iOS App Store in all countries, except for China, raising expectations for revenue growth to Netmarble, more than 70 percent of whose revenue from game business comes from overseas.

Marvel Realm of Champions is a mobile RPG that works in real time, allowing players to customize their own Marvel champion with various gears and weapons that suit their tastes and play styles. Teaming up with friends across the world, users can enjoy real-time action and arena combat in an epic war against enemies, other players.

“Marvel is an amazing partner, allowing us the opportunity to transform their properties into something that no Marvel fan has witnessed before,” said Gabriel Frizzera, creative director of Marvel Realm of Champions at Kabam.

Bill Rosemann, vice president and head of creative at Marvel Games also thanked to Kabam and raised expectations, saying “Our amazing friends at Kabam are boldly expanding their ongoing story as they invite players around the world to select and shape their own Marvel Super Hero to battle for the fate of Battleworld.”