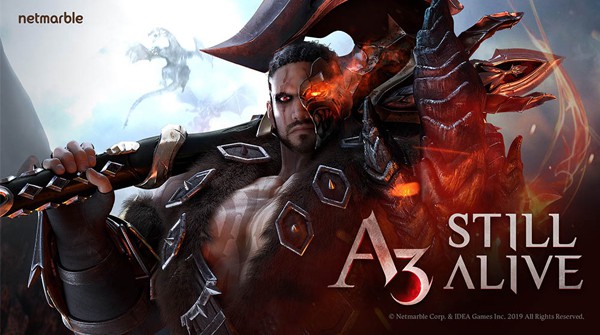 The nation’s leading game developer Netmarble Corp. will unveil its deep-learning based mobile voice recognition technology at the Neural Information Processing Systems (NeuralIPS) 2020 that kicks off on Dec. 6 in Vancouver, Canada.

The company will showcase ‘MONICA,’ the world’s first deep-learning based voice recognition technology that is applied to a mobile game. “We will focus our work on enhancing immersive experience of users by developing a voice recognition technology that has high accuracy and rapid response rate in mobile setting,” head of the company’s AI center team Ahn Soo-nam said. The technology has been applied to its “A3: Still Alive” that was launched in March.

Game publishers are sparing no cost and effort to utilize AI not just for games but also for broader business areas like marketing and game operation. They are also expanding technological cooperation and business convergence with other industries to make the most of the massive amount of data they garner from games.

All of the nation’s top 3 game developers – Nexon, NCSoft and Netmarble – have been running their own independent AI research and development teams.

Nexon’s Intelligence Lab, founded in 2017, is devoted to developing and using AI technology to enhance users’ experience not only for content creation such as game rules, scenarios and graphic but also for personalization, advertisement and video recommendation.

The company has also adopted AI-based security solution Platform Shield to detect and prevent illegal activities such as payment fraud. It said the solution contributed to a 93 percent reduction in the number of frauds and 96 percent in damage per month.

Its Nexon Analytics platform provides an advanced matching system and prevents users from being matched with ones that have a record in using illegal programs.

The Intelligence Lab has around 400 researchers, the largest among the three game majors, and plans to increase the number to more than 500.

NCSoft has around 200 researchers working for its AI center and natural language processing (NLP) center. It has expended its AI development into the financial sector by partnering with KB Securities and December & Company to develop AI private banking service. It plans to launch an AI-based financial platform by integrating its AI PB with December’s robo-advisor Fint.

“The game industry that can secure various types of data on users of all ages is well-suited for wider AI development and utilization,” a game industry official said. “The game developers will continue to increase investments in their own AI technology development as well as cooperation with other industries.”