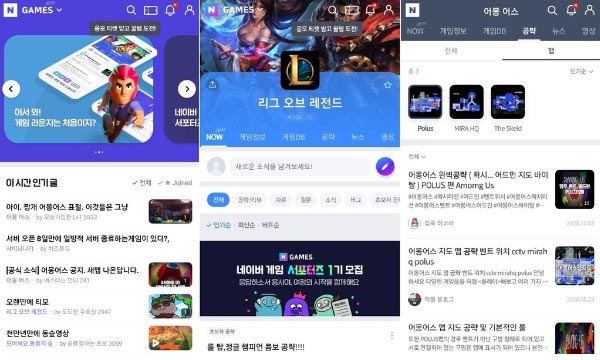 According to industry sources on Tuesday, Naver started a beta service under NAVER GAMES on Nov. 2, allowing PC and mobile users to search game information and gamer statistics.

The main body of the site is curated with hot posts, major game news, new games of the month, game-related webtoons and videos. And the core of NAVER GAMES is its game-specific ‘lounge.’, where users can get a glimpse of game news and strategy manuals in the form of social media.

NAVER GAMES plans to add gamer data on matchups, builds and rankings, as well as champion stats to its site to attract battle game users who are currently relying on dedicated stat sites such as OP.GG or FOW.KR. It hopes to lock in young adult game players with the stat service.