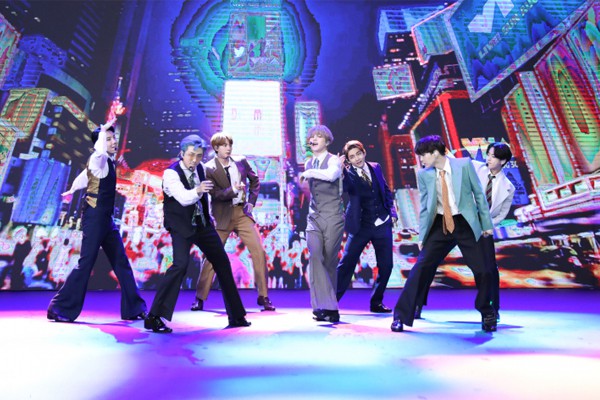 K-pop superstar BTS has extended its reign on the Billboard Hot 100 songs chart, with its latest single “Dynamite” at No. 2 for the sixth week.

BTS’ Dynamite debuted at No. 1 on the chart as the first K-pop act. It then spent three weeks each at No. 1 and No. 2.

The Hot 100 ranks the most popular songs in the U.S. every week by blending all-genre streaming, radio airplay, and sales data.

The single added a sixth total and consecutive week atop the Digital Song Sales chart, with 86,000 downloads sold. It also became the septet’s first top 40 hit on the Radio Songs chart, with radio airplay audience impressions up 11 percent to 23.1 million.

On the Streaming Songs chart, the track retreated 12-13 after garnering 13.7 million streams, down 2 percent.

Dynamite – a light, disco pop genre released on Aug. 21 – is BTS’ first all-English single. The song gained huge traction from the global audience upon release, breaking YouTube records to become the most-viewed music video premier and gaining the most 101.1 million views in the first 24 hours.