BTS picked as Variety’s 2019 Group of the Year, fingers crossed for Grammy nomination 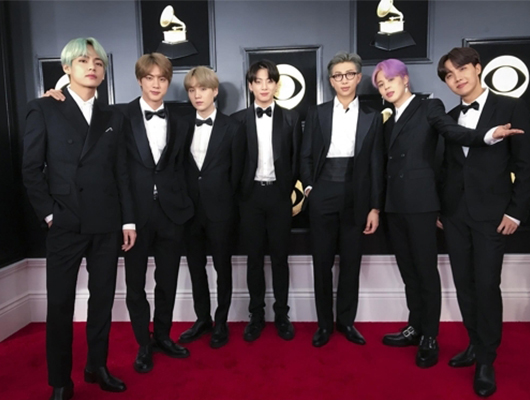 The American entertainment magazine Variety on Tuesday announced BTS as the winner of Group of The Year of its annual list of Hitmakers. “The record-breaking septet has solidified their status as global superstars, rounding out one of the largest stadium tours of the year and releasing a string of top-selling singles,” wrote the magazine.

The Variety’s Hitmaker list recognizes songwriters, producers, publishers and label executives who made big contribution to the year’s most consumed songs.

The septet has been sweeping awards across the world this year. In May, it collected two trophies at the 2019 Billboard Music Awards - Top Duo/Group and Top Social Artist. The American Music Awards also have nominated the K-pop group for three titles - Tour of the Year, Favorite Social Artist and Favorite Duo or Group – Pop/Rock.

The last peak is the Grammy Awards, which will release this year’s nominees on Wednesday at approximately 8:20 a.m. U.S. Eastern Time.

BTS can become the first Korean pop artist to be honored by all three major music awards of the U.S. – Billboard Music Awards, American Music Awards, and Grammy Awards, if the boy band gets the nomination for Grammy.