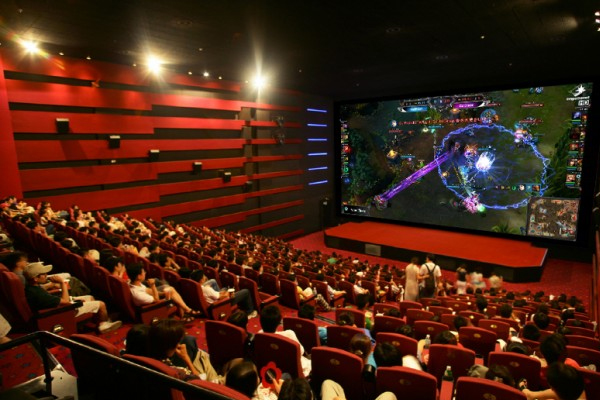 이미지 확대
South Korean gamers will be able to watch this year’s League of Legends World Championship to be held in Europe on cinema screens at major theaters across the country.

The country’s two multiplex cinema chain CJ CGV and Megabox announced Tuesday they are planning a live stream of 2019 League of Legends World Championship at theaters starting the match between SK Telecom T1 and Splyce due on Nov. 3. 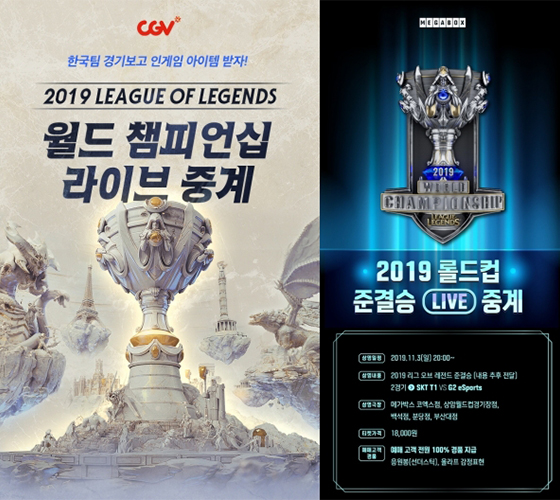 [Photo by CJ CGV and Megabox]