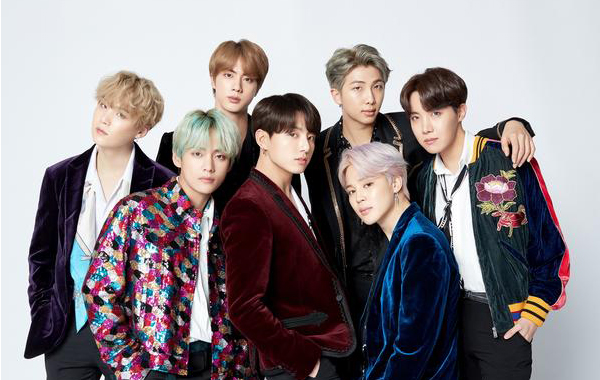 이미지 확대
Big Hit Entertainment, the management label of South Korean boyband BTS, confirmed no one from the K-pop superstar group is headed for military service this year, responding to viral rumors triggered by a comment from a Korean lawmaker.

“I don’t know why this talk has come up but no BTS member will be enlisting this year,” a Big Hit representative said.

All able-bodied South Korean men between the ages of 18 and 28 are required to serve in the military for approximately two years. Those who don’t can face punishment, including a ban on overseas travel. However, a few exceptions are granted to those deemed to have promoted “national honor,” among them athletes that have won any of the Olympic medals or Asian Games gold medals.

The oldest BTS member, Jin, will turn 27 in December. The youngest, Jungkook, is 22.

BTS fans have been petitioning for exemption for the seven-member boy group, who rewrote K-pop history by becoming the first K-pop act to conquer the Billboard charts. Tickets to their concerts have sold out in minutes across the world, including the 90,000-seating Wembley Stadium in the U.K. They recently made headlines for becoming the first foreign artist to hold a concert in the ultra-conservative Saudi Arabia.

Ahn Min-seok, a lawmaker of the ruling Democratic Party, suggested one of the BTS members would be enlisting while speaking at a national audit on the Ministry of Culture, Sports and Tourism.

He, however, acknowledged that it was time to consider expanding the scope of military exemption to popular artists given their massive global influence.

“Many people would think a Billboard No. 1 record elevates national standing just as much as an Olympic gold medal,” he said.

Ahn added that classical musicians and other fine artists are also exempt from military service if they win second place or higher at an international award. The conscription rules were enacted in the 1970s at a time when there was a strict divide between fine art and popular art.

“Now, the boundaries between fine and popular art are blurring. Granting exemptions to fine artists but not popular artists does not seem right given our times,” he said.

Park Yang-woo, minister of culture, sports and tourism, said there have been talks internally of exempting popular artists from military service even before BTS. But he explained that while there are clear standards when it comes to sports or fine art such as international or national awards, there is no such equivalent in popular art, making the issue more open to debate.