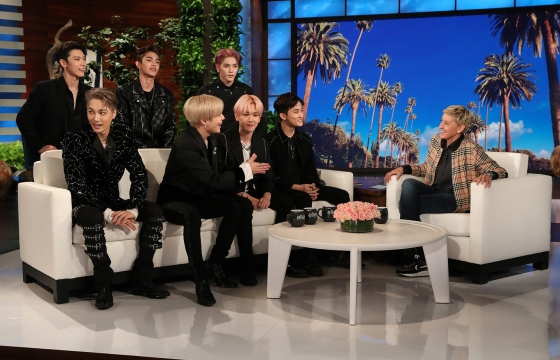 K-pop boy group SuperM consisting of some of the most popular faces of South Korea’s SM Entertainment made their American television debut through NBC popular talk show ‘The Ellen DeGeneres Show’ on Wednesday (local time).

The seven-member boy group comprised of SHINee’s Taemin, EXO’s Kai and Baekhyun, and NCT’s Mark, Taeyong, Ten and Lucas performed its new single ‘Jopping’ and sat down for an interview. The show is one of the most famous shows in America through which other K-pop stars like Psy, BTS and Monsta X made appearance before.

The host introduced SuperM as the “Avengers of K-pop” and added that “this is SuperM`s television debut here, but they`re huge everywhere. Their fans weren`t sleeping overnight, waiting for SuperM to get there." During the interview time, Baekhyun humorously said people can call him ‘bacon’ instead of his real name ‘Baekhyun’, and Taeyong gave a shout-out to his mom that he’s on Ellen. 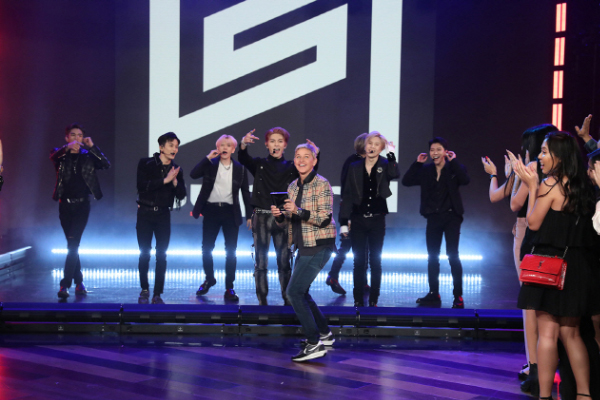 The members of the group taught Ellen how to do ‘jopping’ and debated over a name for its fan club. Ellen suggested ‘M Joppers’ and Mark said they are considering ‘Assemble’ because they are called K-pop Avengers.

Before leaving the show, the group donated $50,000 to the Ellen Fund, a non-profit organization supporting protection of wildlife and endangered species.

The group also performed ‘I Can’t Stand The Rain’ on the stage in addition to its new single ‘Jopping’, and both performances are available to watch on Ellen Tube. While focusing on promotions in the U.S., SuperM plans to hold ‘We Are The Future Live’ concert tour starting November.