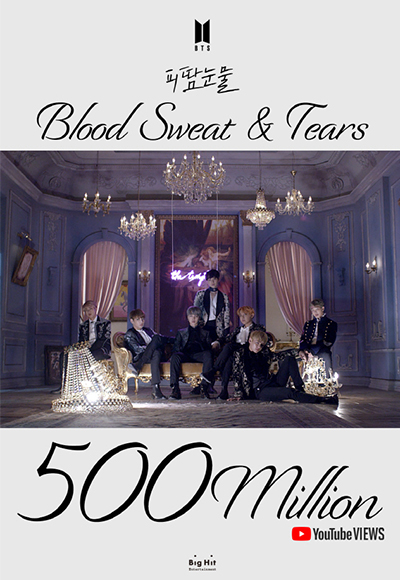 The music video for “Blood Sweat & Tears,” a 2016 song by South Korean boy group BTS, has surpassed 500 million views on YouTube on Wednesday, becoming the group’s eighth video to hit the threshold.

BTS has already become the Korean artist with the most number of music videos with over 500 million views last month when Boy with Luv hit the threshold. 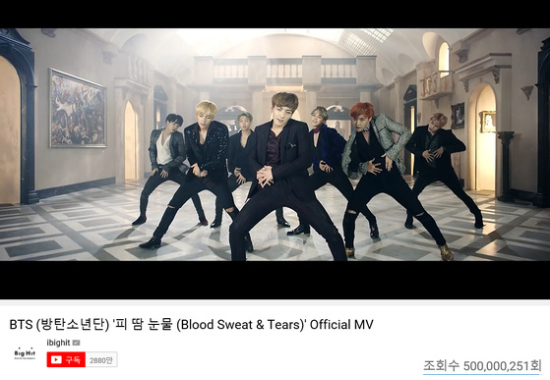 “Blood Sweat & Tears” is a song that portrays powerful energy and depicts how young people faced with temptation overcome conflict and pursue growth. The over 6-minute-long music video has been highly acknowledged by fans for its sophisticated image and member performance.