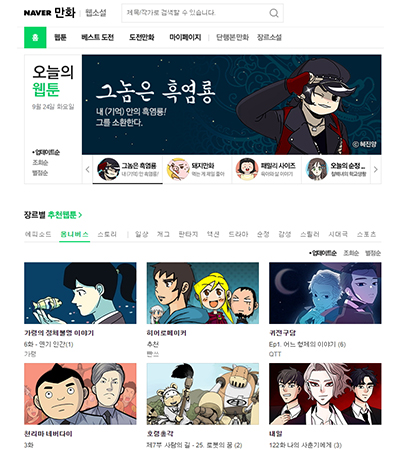 The company said Tuesday it was topping comic app charts on Google Play Store in terms of profit in more than 100 countries. Monthly active users at its global operations Line Webtoon and Line Manga have hit 60 million, with the visitor count running No. 1 in webtoon app markets in not only Korea but Japan, the U.S. and other countries.

Over the past two years, Line Webtoon U.S. reported an average 71 percent annual jump in its monthly active users and Line Manga Japan 32 percent. Teens and those in their 20s are the primary users, the company said. 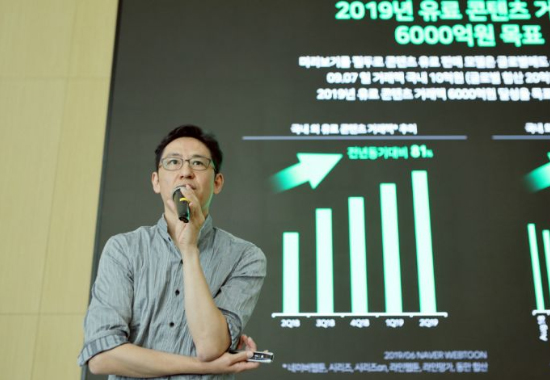 Kim Jun-koo, chief executive of Naver Webtoon, said he expected the company to reach 600 billion won in global content sales this year. Sales are growing fast, with revenue generated from paid contents at Line Webtoon and Line Manga in the second quarter up 81 percent on year.

Naver Webtoon has successfully taken its pioneering self-publishing platform to the global market, creating a vibrant webtoon ecosystem of 58 amateur creators and 1,600 professional artists. Canvas, the self-publishing platform of Line Webtoon U.S., is seeing the number of published works on its site more than double every year, the company added.