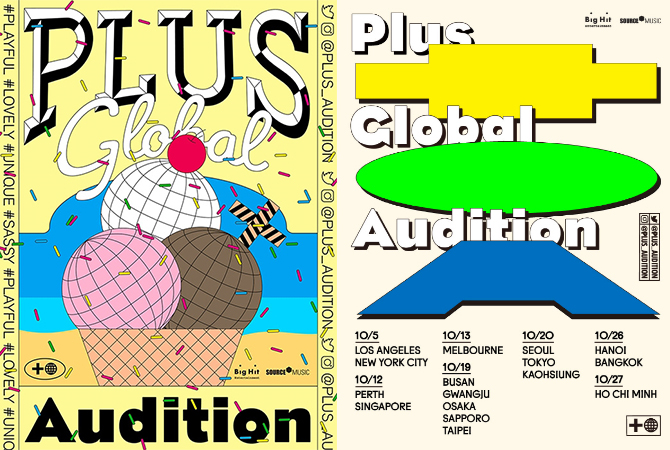 Big Hit Entertainment Co., South Korean agency behind K-pop superstar BTS, will go on a global search to put together a female version of the K-pop boy band BTS by 2021.

Big Hit Entertainment said on Wednesday that it will join hands with another label Source Music to launch “Plus Global Audition” to recruit the members to a new girl group debuting in 2021. The two agencies plan to focus capacity on producing next-generation girl group based on each of their knowhow and experience from home and abroad.

The project to launch a girl group will be led by Bang Si-hyuk, founder and chief executive of Big Hit Entertainment, and Min Hee-jin, the agency’s chief brand officer. Bang will be responsible for overall producing including that of music while Min for creative directing and branding such as building group concept and image.

The latest project is the first work after the former visual director of SM Entertainment joined Big Hit in July. Industry insiders noted that there will be synergy between the two – in terms of Bang’s album producing and planning and Min’s creative directing abilities.

Plus Global Audition, meanwhile, will be held in 16 cities. It will kick off in Los Angeles and New York, the United States, on October 5, and move on to Perth in Australia and Singapore on October 12, Melbourne on October 13, Busan and Gwangju in Korea, and Osaka, Sapporo in Japan, and Taipei in Taiwan on October 19, Seoul, Tokyo, and Kaohsiung, Taiwan, on October 20, Hanoi, Vietnam, and Bangkok, Thailand, on October 26, and Ho Chi Minh City in Vietnam on October 27.

Big Hit Entertainment and Source Music opened an official channel for the global audition on social media platform on Wednesday and plan to announce audition details.

Source Music, meanwhile, that houses K-pop girl group GFriend, is an entertainment agency founded by So Sung-jin in 2009. The agency was acquired by Big Hit Entertainment in July. The two companies have also jointed debuted a girl group in the past and have continuously worked together in management and producing.