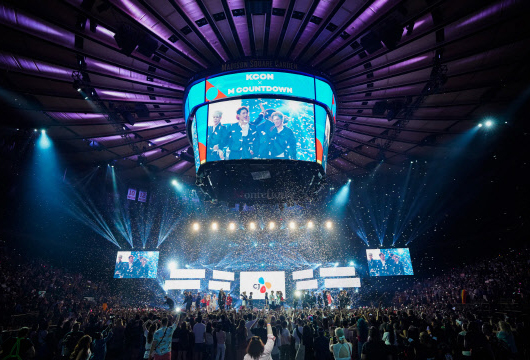 Tens of thousands of K-pop fans showed up at KCON, the world’s largest festival on Korean pop culture that has acted as global debut stage for new faces on the K-pop scene held at Madison Square Garden in New York, the United States, over the weekend.

The festival – organized by CJ ENM, the entertainment unit of South Korean conglomerate CJ Group – has been held since 2012 and entered its 8th year this year. Until now in New York area, KCON was held at Prudential Center in Newark, New Jersey, but this year, it moved to Madison Square Garden, the home stadium of the New York Knicks competing in the National Basketball Association (NBA), and the world’s most popular concert hall once staged by global artists Michael Jackson, Madonna, and Billy Joel.

The Wall Street Journal also highlighted the significance of the K-pop festival being held at Madison Square Garden, noting that “fan base is booming for a Korean musical import akin to American boy bands.”

Ahead of the K-pop fan festival that took place on July 6-7, digital screens in Manhattan were advertised with KCON, heating up the atmosphere.

According to CJ ENM, 11 K-pop groups appeared on stage, including popular bands Nu’est, SF9, and Seventeen, and a year-old newcomers Verivery, Iz*one, AB6IX, and ATEEZ.

K-pop icon BTS, now a global star, also appeared on KCON stage in 2014 as new artists in Los Angeles, paving the way for the group to thrive in the U.S. 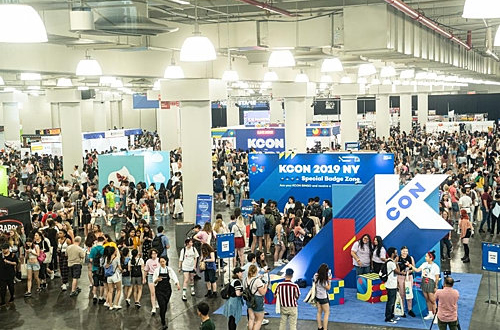 CJ ENM said that more than 70 percent of the fans that attended the festival was aged 18-24. More African and Latino Americans, in particular, showed their affection towards K-pop this year than any other years, as to Asian Americans, the company said.

Crowds of people also gathered at New York Javits Convention Center, the largest exhibition hall in North America, where K-culture Convention was held on the sidelines of the K-pop concert. Seventy-two companies from home and abroad participated as sponsors and displayed Korean food, beauty, and fashion items and programs related to K-pop at 305,000 square feet space.

CJ ENM said that the two-day K-pop concert and convention attracted about 55,000 fans, with more than 20,000 visiting Madison Square Garden for the concert.