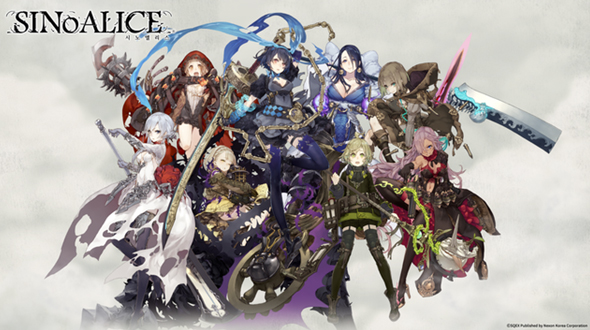 Pre-orders for SINo ALICE, a smartphone RPG developed by Japan’s Pokelabo and Square Enix, exceeded 1 million, according to Nexon with distribution rights in the label beyond Japan and Greater China.

The South Korean gaming giant announced Wednesday that 1 million people across the world have signed up for the mobile game SINo ALICE over the past two months, ahead of its official global launch in six languages on July 18. Subscription is available until a day before the launch.

SINo ALICE is a fairy tale-themed smartphone video game for iOS and Android devices launched first in Japan in June 2017. Backed by cult-like followers, the game tops the mobile app rankings by revenue in Japan.

Nexon acquired the global publishing rights for the dark fantasy RPG last year in the areas except for Japan, China, Hong Kong, Taiwan and Macau, where the label is already available. It was part of efforts to enhance its grip in the mobile game market with new titles, on top of fresh investment in foreign companies.