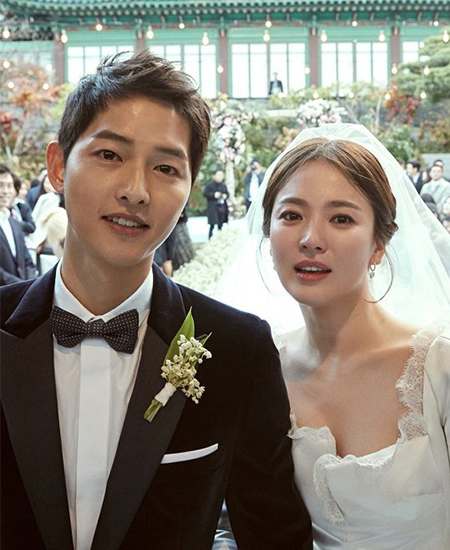 Korea’s most famous couple Song Joong-ki and Song Hye-kyo is separating after less than two years of marriage, with their split dominating headlines at home and across Asia.

The superstar couple tied the knot in 2017 after starring in the massively popular TV drama “Descendants of the Sun” the previous year.

“I have officially filed for divorce from Song Hye-kyo,” Song Joong-ki said through his management agency Blossom Entertainment.

“I am sorry to give bad news to those who love and support me,” he said. “I hope we can smoothly get through this process rather than shifting blame or picking at each other’s faults.”

He refrained from going into details, saying they were “private matters.” 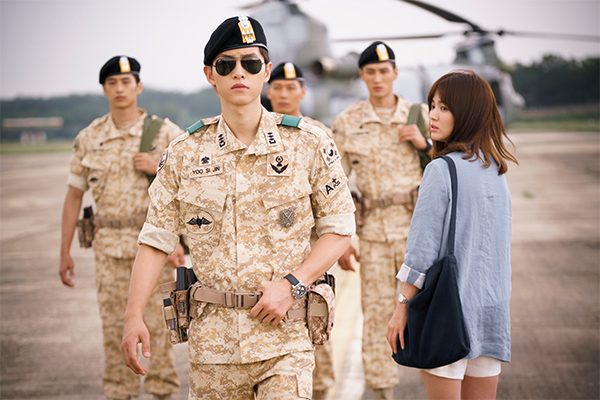 TV drama “Descendants of the Sun” [Photo by NEW]

“After careful consideration, Song Hye-kyo and her husband have decided to take legal steps to end their marriage,” the agency said, citing “personality differences” as the main cause of the divorce.

The company too did not comment on the exact reasons for the breakup.

Related stocks took a mild hit from the news.

Shares of Studio Dragon, the production company of Arthdal Chronicles, closed Thursday 1.29 percent lower at 68,800 won ($59.4). Shares of Blossom M&C, where the head of Blossom Entertainment sits as top management, were down 2.4 percent at 24,400 won.