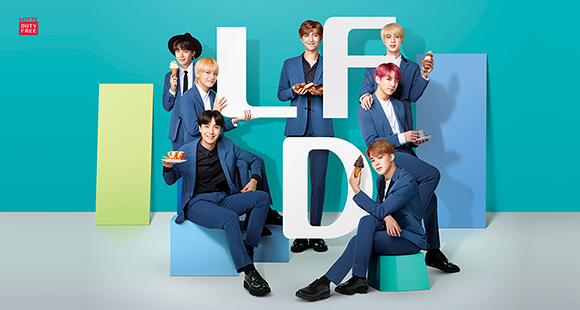 Celebrating its 29th year, Lotte Family Concert will be held at the Olympic Park’s Olympic Gymnastics Arena in southern Seoul on Aug. 9-11 this year. Lotte Duty Free started to give out the concert tickets to customers who spend $600 or more at its duty-free outlets in Korea on Monday.

The lineup for this year’s Lotte Family Concert includes BTS and Twice, who will perform on the last day of the festival, Aug. 11. The concert will also feature appearances and performances by actor Ji Chang-wook and K-pop groups Dynamic Duo, Super Junior D&E, Stray Kids, and ITZY. 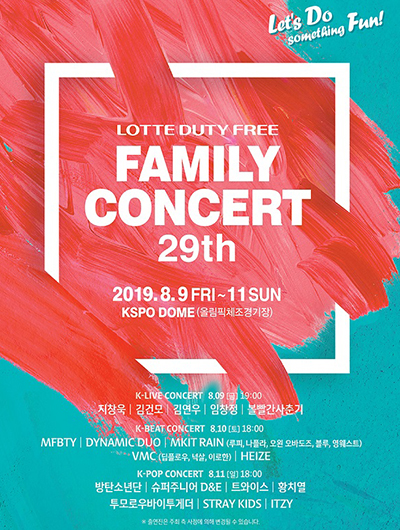 이미지 확대
Lotte Family Concert has grown to be one of Korea’s major cultural events attracting both local and foreign audiences. Last year’s concert that opened for two days in June in Seoul were attended by some 100,000 fans including 1,000 VIP customers of the travel retailer.

This year’s concert has already drawn much interest from K-pop fans across the world. A teaser video, revealing the performer lineup for just day 1 and 2 of the concert, hit 10,000 views in just two days since the release on June 18.

By Lee Yoo-jin and Cho Jeehyun