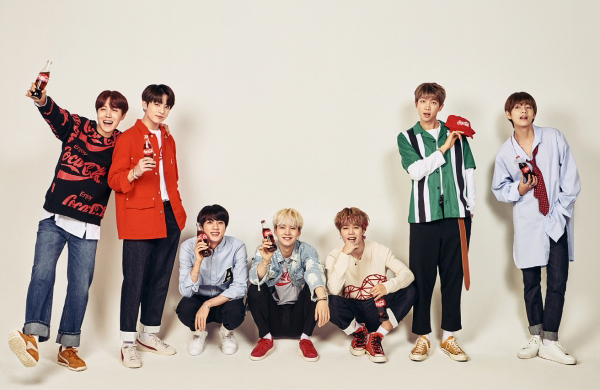 It is the company’s fifth storytelling special package for New Year to appeal to more consumers in Korea by featuring the hottest celebrity of the time, according to the company.

The New Year release is available in seven options for both bottles and cans, all of which feature one of the seven members with a message from a song title of the K-pop phenomenon like “RUN like yourself,” “Your Spring Day is today,” “you’re my IDOL,” and “This year is on FIRE.” 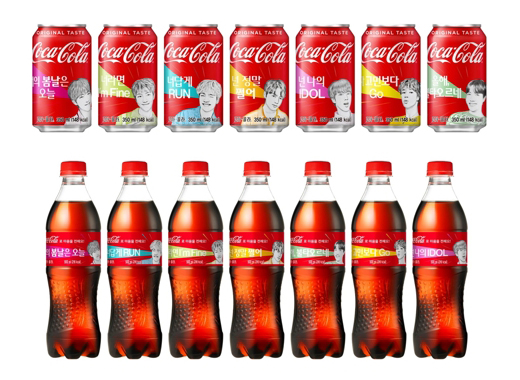 “BTS songs are ideal to give encouraging messages, which is why we picked the K-pop icon as the New Year model,” said an official at Coca-Cola Beverage.

By Lee Duk-joo and Lee Ha-yeon