CJ ENM and the Paju City will sign a deal for the cooperation on Wednesday in building the studio park on a space of 210,000 square meters near the Gyeonggi ChangeUp Campus (former Paju English Village) in Paju, Gyeonggi Province.

The park will consist of four zones including in-doors and out-doors settings and experience zones for visitors.

The welcome plaza zone is a space for communication with contents that will include a lounge, convenient facilities and exhibition/experience studios for visitors, on top of work rooms and parking lots. 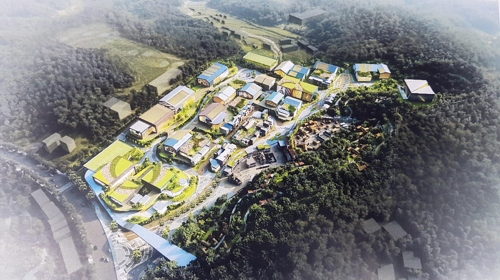 The drama village zone is for participatory production studios consisting of four three-story buildings and an open studio.

In the theme road zone, open space for contemporary dramas will be established with studios for special effects. The wonderful forest zone will have an art center and an exhibition center as well as settings for popular dramas.

CJ ENM and the Paju City government expect the entertainment and content production park would help attract more tourists to the city and stimulate consumption. They estimated a total of 21,700 new jobs and output increase by 2.26 trillion won during the construction and the content production and operation for next 10 years.

By Ji Hong-goo and Lee Ha-yeon