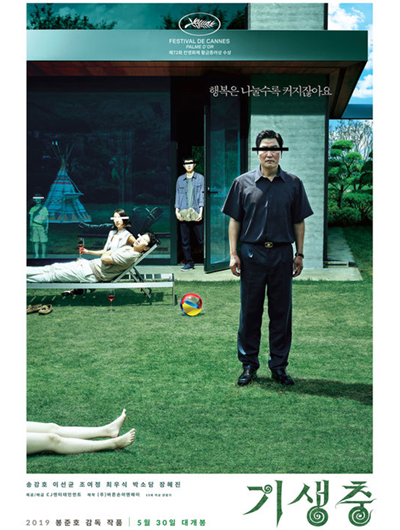 The top prize winner at this year’s Cannes Film Festival “Parasite” by director Bong Joon-ho topped 5 million attendances on the eighth day of its release on Friday, according to the Korean Film Council.

The dark family satire that added 831,900 viewers on Thursday recorded a cumulative 5,355,692 admissions, maintaining the top position at the local box office for the eighth straight day since its opening on May 30. The movie has topped every movie-related chart, with its seat occupancy rate reaching 59.8 percent and ticket sales share 41.6 percent.

The winner of the Palme d’Or at the prestigious French film festival, Parasite is a family-based tragicomedy taking a critical look at the gap between the rich and poor. 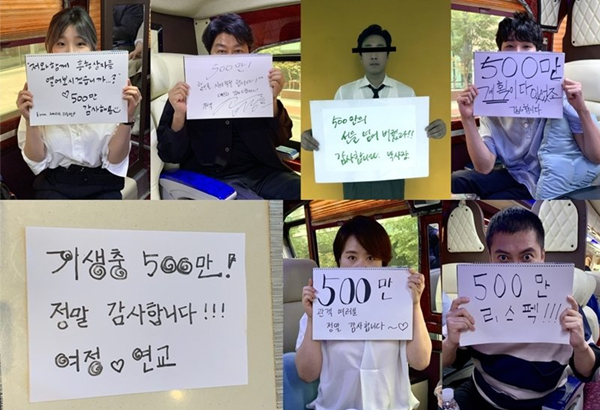 The film is expected to become the first international award-winning movie in Korea to achieve the milestone of 10 million audiences, as it is forecast to take in 7 million more viewers this weekend. Films receiving awards at international festivals have never attracted more than 10 million people in the country as they usually lack commercial or popular appeal.

Walt Disney’s musical film Aladdin ranked second at the box office with a cumulative 2,803,352 viewers as of Thursday, followed by X-Men: Dark Pheonix that drew 246,301 moviegoers on Thursday. Studio Ghibli’s animated film My Neighbor Totoro came at fourth on its first day of release by garnering 35,327 tickets.

By Kim Si-kyun and Choi Mira