BTS raises Beatles-like syndrome at its first show in London 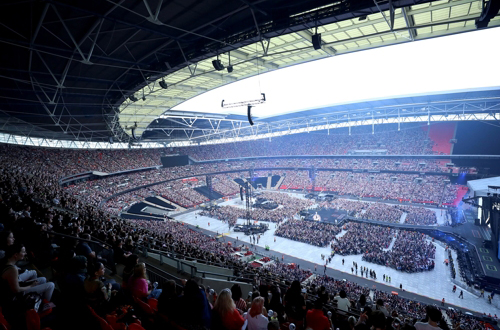 K-pop superstar BTS has made a history in the U.K. through a successful invasion in another birthplace of pop music by pulling off a stunning fully-packed act at Wembley Stadium in London after it tasted the peak in the United States.

The show for two nights at Wembley sold out in just 90 minutes after the ticket sale opened, selling 120,000 tickets worth an estimated 15.5 billion won ($13.1 million).

BTS during its two sold out shows last weekend played 24 songs that lasted more than two hours each night for 60,000 fans screaming their approval. Fans from all across Europe also responded singing at the top of their voices even at the Korean parts, with their own “Army bombs” light stick performance using Bluetooth connection that created light flows and rainbows rippling through the whole arena. 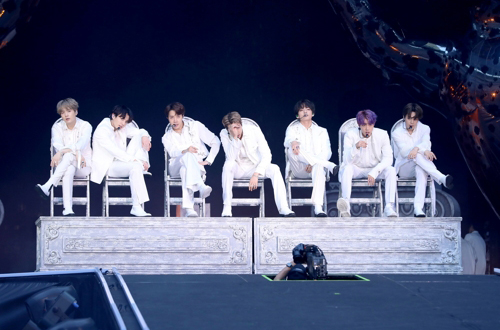 One of the highlights of the Saturday gig was during the encore when the septet paid tribute to the legendary band Queen. Debuting with new purple hair, singer Jin led the audience with his own version of Freddie Mercury’s “ay-oh” chant, in reference to the one revealed at the Live Aid concert in 1985. 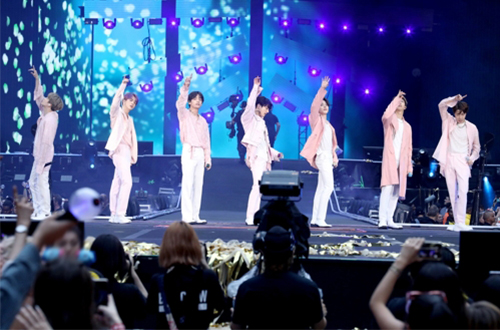 BTS’s latest “Map of the Soul: Persona” topped the U.K. albums charts in April, with the title song “Boy with Luv” becoming its second biggest hit single by entering the U.K. top 20. The Wembley concert is the boy band’s third U.K. show and also the first European leg of its Love Yourself: Speak Yourself world tour.

The media was also equally impressed by the septet’s debut at notoriously picky Wembley. “Never has the phrase “Wembley, make some noise” been more redundant,” reported BBC. CNN exclaimed it has never seen “boy-band fandom like this since the Beatles.”