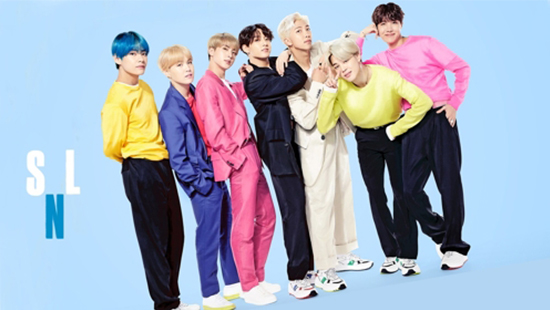 K-pop sensation BTS’s latest album “Map of the Soul: Persona” is heading straight to No.1 in the U.S. Billboard 200 chart to hit another home-run following the previous act of chart-topping two albums of “Love Yourself: Answer” and “Love Yourself: Tear” released last year.

According to Billboard’s website on Monday, BTS’s latest release is expected to earn between 200,000 to 225,000 equivalent album units in the U.S., the biggest in the week ending Apr. 18. If the album ranks No. 1 on the chart, it would mark the third leader for the achievement, it said.

The Billboard 200 chart ranks the most popular albums of the week based on multi-metric consumption, which includes traditional album sales, track equivalent albums and streaming equivalent albums, according to Billboard’s website.

The septet’s last album Love Yourself: Answer, the third in its Love Yourself trilogy, dominated the chart dated Sep. 8 with 185,000 equivalent album units earned in the first week of release.

The top 10 of the Apr. 27-dated Billboard 200 chart, with Map of the Soul: Persona taking the No.1 spot, is scheduled to be revealed on Billboard’s website on Sunday, according to Billboard.

BTS returned home in glory after the group performed on Saturday Night Live over the weekend for the first time as a K-pop group. Press conference for the new album will be held on Wednesday at Dongdaemun Design Plaza in Seoul, and then the seven members will visit Los Angeles on the first leg of their “Love Yourself: Speak Yourself” global tour in the U.S., Brazil, the UK, France and Japan.