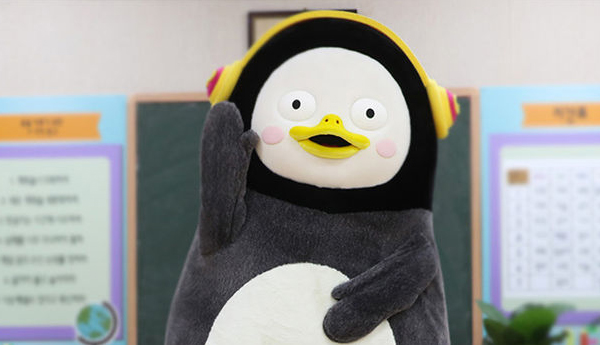 이미지 확대
Ten-year-old genderless penguin character Pengsoo who has become omnipresent in Korean media both online and offline in less than a year of debut will celebrate this year’s rise to stardom by joining a selective group of citizens for the annual count-down and bell-tolling at midnight Jan. 1 at Boshingak in central Seoul.

Pengoo will join Seoul Mayor Park Won-soon and others selectively picked by the city administration as this year’s top citizens of the year for the bell-tolling ceremony to be televised live.

Pengsoo, a chubby penguin character on Educational Broadcasting System channel with quick wit and fast adaptation to new ways, has become a kind of icon for the Korean young generation, gaining fame beyond children’s program to dominate the terrestrial TV stations as well as social media.