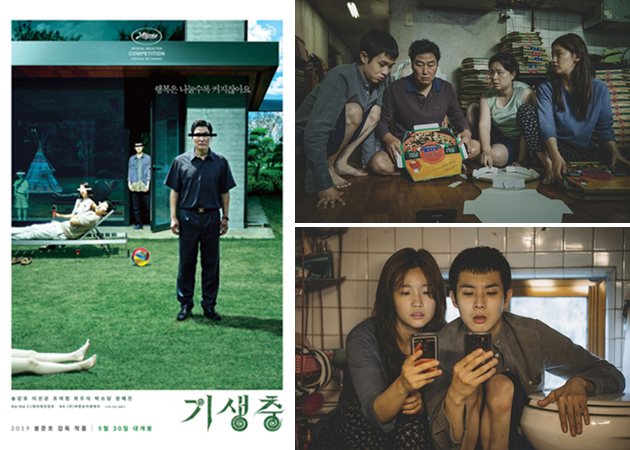 이미지 확대
Cannes-winning movie “Parasite,” a South Korean black comedy thriller film directed by Bong Joon-ho, was shortlisted for best international feature film by the Academy of Motion Picture Arts and Sciences on Monday, local time, becoming one of the strongest of 10 contenders for the category.

The Academy of Motion Picture Arts and Sciences – the honorary organization – announced that 10 films, including Parasite, will advance to the next round of voting in the international feature film category, formerly known as foreign language film, for the 92nd Academy Awards. They were shortlisted out of 91 films.

The 9 other films are “The Painted Bird” from Czech Republic, “Truth and Justice” from Estonia, “Les Miserables” from France, “Those Who Remained,” from Hungary, “Honeyland” from North Macedonia, “Corpus Christi” from Poland, “Beanpole” from Russia, “Atlantics” from Senegal,” and “Pain and Glory” from Spain.

“Parasite,” starring Song Kang-ho, Lee Sun-kyun, Cho Yeo-jeong, Choi Woo-shik, and Park So-dam, is a family satire film that depicts a story two families – one poor and one rich – sending a message about income inequality in the society. It was the first Korean film to receive the Palme d’Or at the 2019 Cannes Film Festival.

“A Glass of Soju” from “Parasite” also advanced as one of the 15 songs in the Original Song category for the 92nd Academy Awards, the Academy of Motion Picture Arts and Sciences said, being shortlisted out of 75 songs in the category. The song will compete with “Speechless” from “Aladdin” and “Into the Unknown” from “Frozen II” among others.

The final nominations for awards will be announced on January 13, and the ceremony will be held on February 9 at Dolby Theatre at Hollywood & Highland Center in Hollywood, Los Angeles.