The number of newly registered foreign cars totaled 24,080 units in May, up 3.5 percent from the same month last year, according to the Korea Automobile Importers and Distributors Association (KAIDA) on Thursday.

The figure decreased 5.9 percent from a month ago because of a supply shortage of some brands, according to Lim Han-gyu, vice chairman of the association.

Tesla is not included in the data by the KAIDA. 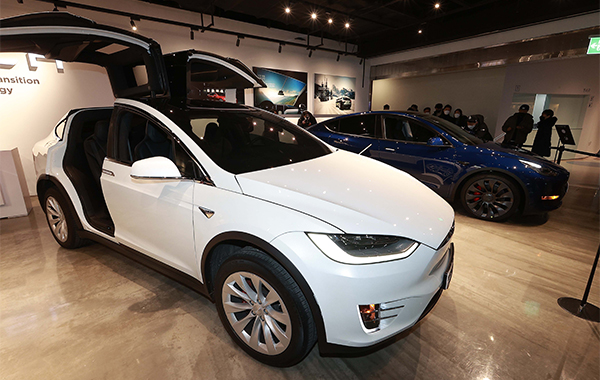 According to the KAIDA, the best-selling model last month was still Mercedes-Benz E250 with sales reaching 1,257 units. It was also the most popular foreign car model in the previous two months.

Sales of conventional cars, however, fell from last year, with gasoline cars down 12.2 percent and diesel 51.5 percent, but green car sales soared with plug-in hybrid up 389.9 percent, hybrid 127.8 percent and full electric 156.9 percent.

Foreign brands from Europe sold the most 19,249 units last month, accounting for 79.9 percent of the total imported car sales. They were followed by American brands that sold 2,796 units and took 11.6 percent and Japanese models 2,035 units or 8.5 percent.

Japanese car sales rebounded by 21.7 percent on year in May. Sales of U.S. cars declined 1.8 percent, while those of European vehicles rose 2.6 percent.