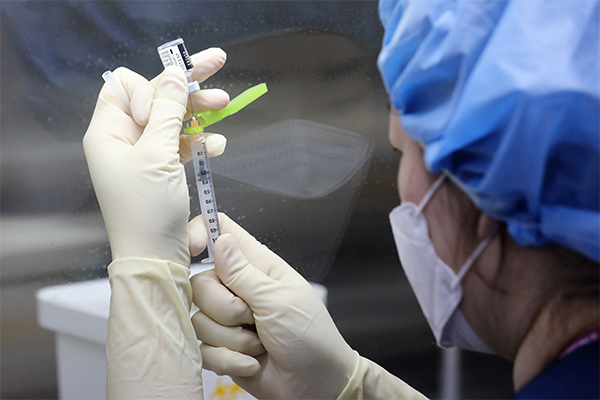 The mRNA technology has come under spotlight as it became the basis for Covid-19 vaccines made by Pfizer and Moderna.

The high molecular compound which carries genetic codes of the DNA in the nucleus plays an important role in the synthesis of proteins. An mRNA vaccine can be made in a short time by identifying the genetic information of the virus. Unlike conventional vaccines, it can be synthesized quickly in a lab without culturing viruses or proteins.

The company is also co-developing third-generation LNP which is known to play a key role in the production of mRNA-based drugs. LNP technology is designed to wrap and protect vulnerable mRNA molecules from RNA degrading enzymes in the human body until an antibody is generated after vaccine injection. ST Pharm plans to develop new LNP technology that not only protects mRNA molecules but also activates T cells responsible for the immune system.

Enzychem Lifesciences also established a subsidiary last month and entered the mRNA vaccine CMO business. The company aims to produce and supply more than 100 million doses of mRNA vaccine by 2022.