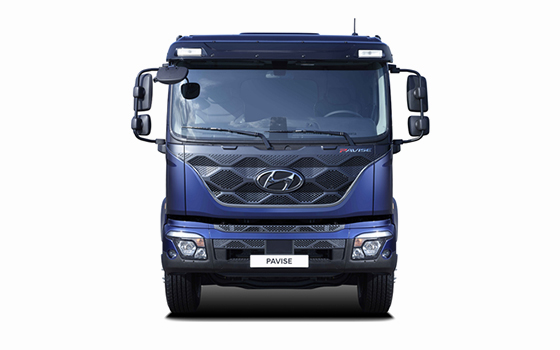 Pavise comes with a 7-liter diesel engine with maximum output of 325ps and offers diverse range of safety and convenient features such as forward collision-avoidance assist, remote starting system, and independent heater system.

Hyundai Motor said that it reflected demand of truck drivers that operate long hours and distances to offer full comfort, safety, and convenience.

The radiator grille in front gives a bold image, just as what its name refers to – a large shield of Medieval Europe. There is a rest and office area inside. 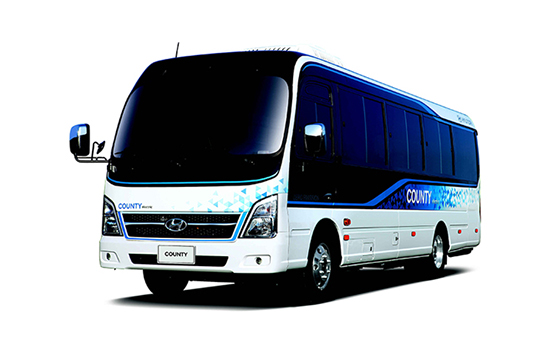 Hyundai Motor, meanwhile, partnered with 8 special purpose vehicle companies to come up with 10 different types of Pavise such as wingbody truck that can load farm produces, electronic goods, and industrial machinery, garbage truck, and crane.

At the event that takes place until September 1, Hyundai Motor also announced plans to expand its electric lineup of environmentally-friendly commercial vehicles.

The automaker currently offers one type each in battery and hydrogen fuel cell. It plans to expand the lineup to 7 electric vehicles and 10 hydrogen-powered electric vehicles by 2025, including six trucks and 11 buses.

Hyundai Motor said it will aim to carry out a two-track strategy and offer long-distance carry heavy load trucks and high-speed buses in hydrogen versions and smaller commercial vehicles that transport logistics within city area and passengers in electric vehicle versions.

Hyundai Motor plans to supply 10 hydrogen trucks to Switzerland in December, and aim to sell 1,600 units by 2025 before expanding sales across other countries in Europe.

The automaker, meanwhile, also unveiled County EV, which represents its environmentally-friendly vehicle roadmap. The automaker presented its first electric bus Elec City in 2017 and in the following year test operated its hydrogen-powered electric bus at the Winter Olympics in Pyeongchang, Gangwon Province.

The County EV is loaded with 128 kilowatt hour battery that offers driving range of up to 200 kilometers in a single change. It takes 72 minutes to fully charge battery.

Hyundai Motor said it placed priority in safety given that the vehicle is used as a village bus or school bus for children. It applied electric stability program and dynamic stability control systems, four-wheel disc brake system, and emergency door in the back for school buses.