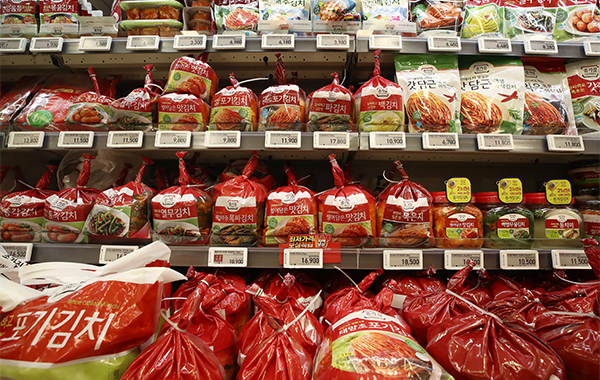 South Korea’s imports of kimchi recorded an all-time high in 2022 amid spiraling consumer inflation in the country, data showed on Wednesday.

Inbound shipments of kimchi reached $169.4 million last year, up 20.4 percent from a year earlier, according to data from the Korea Customs Service, which is the highest growth since a 53.8 percent jump in 2010.

All kimchi imports are from China.

The surge was attributed to high prices of cabbage and other kimchi ingredients which prompted restaurants and food suppliers to resort to cheaper imports from China.

The country’s leading kimchi makers such as Daesang Corp. and CJ CheilJedang Corp. hiked their product prices by nearly 10 percent last year. The price of imported kimchi was $643 per ton, much lower than $3,425 for exported kimchi made in Korea.

The country’s kimchi exports amounted to $140.82 million last year, down 11.8 percent from a year ago, with its kimchi trade balance swinging to a deficit. It is the first time in seven years that kimchi exports have fallen.