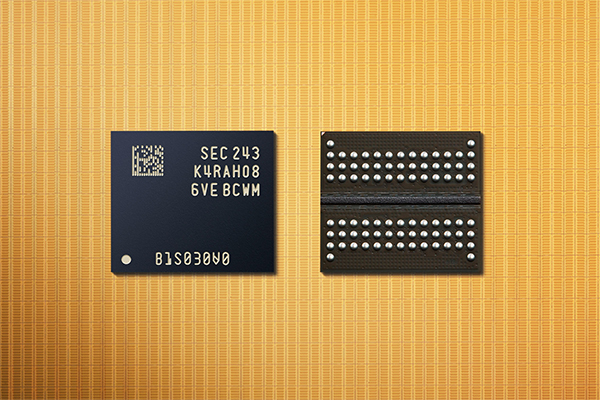 South Korea’s economic growth could slow to just above 1 percent this year if chip exports continue to slow due to weak demand, a study showed Wednesday.

According to the Sustainable Governance Indicators (SGI) report released by the Korea Chamber of Commerce and Industry (KCCI), a 10 percent plunge in chip exports will slow Korea’s economic growth rate by 0.64 percentage point and a 20 percent fall by 1.27 percentage points.

The report suggests that the economic growth rate this year could fall to just above 1 percent based on the 1.7 percent growth outlook projected by the Bank of Korea (BOK).

The semiconductor industry that headed down from the third quarter of last year is expected to remain sluggish throughout this year.

According to the Korea Institute for Industrial Economics and Trade, chip exports are expected to log a 9.9 percent decline this year.

“The chip industry had contributed 0.6 percentage point out of 3.0 percent annual average growth between 2010 and 2022,” said Kim Cheon-gu, an SGI analyst at the KCCI. “It will weigh down on the economy this year.”

Korea’s exports reached $683.9 billion last year, of which $129.2 billion was from outbound chip shipment. Chip exports accounted for 18.9 percent of the entire exports last year, up from 10.9 percent in 2010.

Chip inventory has been piling up recently due to oversupply and slowing demand for consumer information technology devices such as personal computers and smartphones and corporate servers. There is also growing political uncertainty from U.S. containing China and enhancing its own supply chain.

A report by the World Semiconductor Trade Statistics showed that a slow chip industry could contract private investment in Korea. It projected that chip facility investment would reach 51.8 trillion won ($42 billion) this year, down 5.1 percent from the previous year.

Kim called for policies that support the chip industry to encourage corporate investment and swift passing of the bill that offers increased tax incentives on chip investment.

Kim also underscored the need to diversify the chip industry.