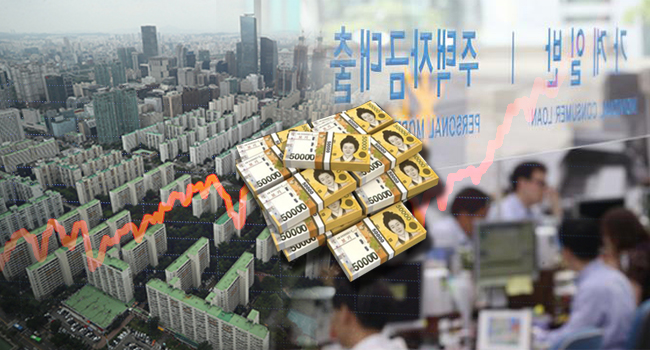 South Korean bank’s loan delinquency ratio rose in November due to a sharp rise in late payments by households and small businesses amid interest rate hikes.

The delinquency ratio for domestic banks’ won-denominated loans, of which principal payments are overdue by at least one month, stood at 0.27 percent at the end of November, rising 0.01 percentage point from a year earlier, according to data released by the Financial Supervisory Service on Thursday.

Although the bad debt ratio still hovers around the record low level, the year-on-year growth is the fastest since August 2021.

The small business loan delinquency ratio rose 0.06 percentage point from a year earlier to 0.26 percent at the end of November. Ratio for household loans added 0.13 percentage point to 0.49 percent.

The bad debt ratio typically goes down before the end of a quarter as banks actively manage related ratio ahead of quarterly reporting. But the ratio for small business loans that stayed stable around 0.2 percent from November 2021 to August 2022 showed a sudden jump in November last year. The ratio for household loans also showed the same movement, surging 0.49 percent in November 2022 after 0.38 percent in May and 0.42 percent in August.

To slow the growth pace, financial authorities are closely monitoring the loan loss provision ratio at banks with recommendation to expand reserves. They are also preparing to release a guideline for commercial lenders on increasing loan loss reserves.