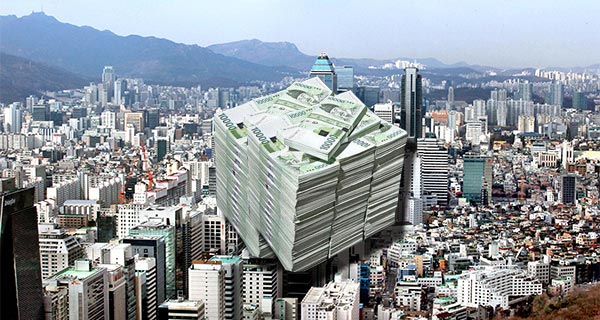 The government has revised regulations related to inheritance tax to help ease some of the financial burden for the remaining family members as South Korea has one of the world’s highest rate for such levies.

Starting this year, the largest shareholder of a mid-market enterprise with sales revenue of 500 billion won ($406 million) or less will not need to pay an additional 20 percent in taxes when they inherit their stake, according to changed enforcement decrees on new tax laws proposed by the Ministry of Economy and Finance on Wednesday. Inheritance taxes of 20 million won or more can also be paid with art pieces.

In addition to inheritance taxes, cutting-edge display technologies are getting a tax benefit. A company investing in quantum dot organic light-emitting diodes or micro light-emitting diodes could qualify for a tax credit of between 8 to 16 percent of the amount they make in facility investments, as those have been designated as “national strategic technologies,” along with semiconductors, batteries and vaccines.

The most notable change in the new taxation rules is the exemption of the “control premium” previously imposed on the largest shareholders of middle-market enterprises. Under the new tax decrees, the largest shareholders at those companies, with sales of 500 billion won over the past three years, will not need to pay the additional 20 percent on top of the inheritance or gift tax. The changes are being applied to inheritances or gifts from Jan. 1 this year.

Korea’s highest inheritance and gift tax rate is 50 percent, second-highest among the Organisation for Economic Co-operation and Development, after Japan’s 55 percent rate. Taking into account the largest shareholders’ “control premium,” however, Korea’s effective rate goes up to a maximum of 60 percent, topping all other OECD members.

The Federation of Middle Market Enterprises of Korea said, “Korea will need social discussions and legal changes to adjust the level of inheritance tax and gift tax rates, which are currently a little too high,” out of concern about aging entrepreneurs at middle market enterprises and issues concerning succession.