U.S. beef imports at record high in 2022 amid high demand 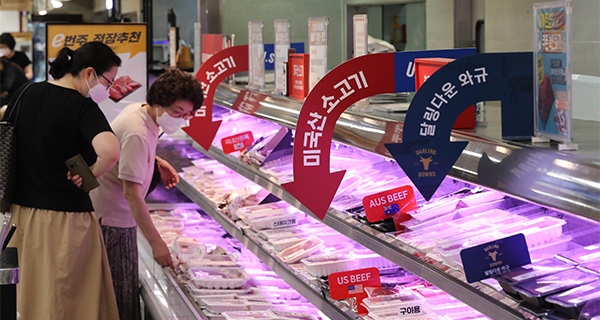 According to the U.S. Meat Export Federation on Tuesday, Korea imported 256,910 tons of American beef in 2022, accounting for 54 percent of its total beef imports, up 2.8 percentage points from the previous year. The value stood at $2.54 billion.

“Importers are bringing in more of U.S. beef after monitoring a rise in demand amid growing popularity of home meal replacements made with American beef,” said an unnamed official from the federation.

Korea imports beef from nine countries including the U.S., Australia, and Canada. Imports from the U.S. have been on a rise in recent years.

Demand for U.S. beef is expected to rise even further as the current 8 percent tariff will be removed from 2026 under Korea-U.S. free trade agreement.

By Jin Young-hwa and Han Yubin