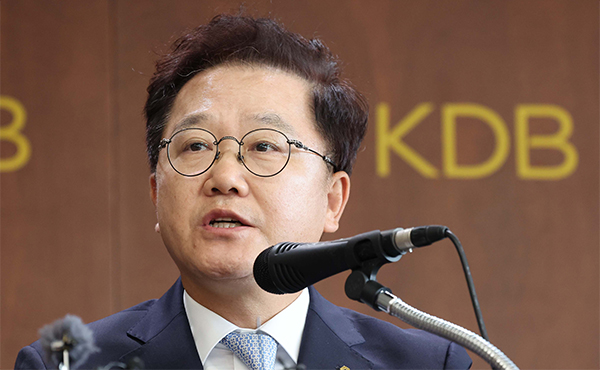 Policy lender Korea Development Bank (KDB) will spend 30 trillion won ($21 billion) over the next five years to support the country’s chip industry, according to its chairman Kang Seog-hoon on Tuesday.

Kang analyzed that the Korean economy faces the crisis of low growth, reduced investment and productivity, and aging society and called for active response to changing economic environment for its economy to rebound and develop as global state.

“The economy security era that rose from hegemonic race between the U.S. and China is requiring reform in economic structure focusing on value alliance and deglobalization,” Kang said. “Korea should respond by resolving dependence on China and secure technology sovereignty and supply network within its value alliance.”

Traditional manufacturing sector still acts as the driving force of national economy but there remains a task of shifting to low-carbon processing through long-term large-scale investment given that industry sectors are major cause of carbon emissions, he said.

Kang later told reporters that KDB will try to sell KDB Life Insurance “as soon as possible” and emphasized that the lender will swiftly play the role of corporate restructuring institution.

He saved further comments on the deal to sell Daewoo Shipbuilding and Marine Engineering to Hanwha Group that was announced Monday.