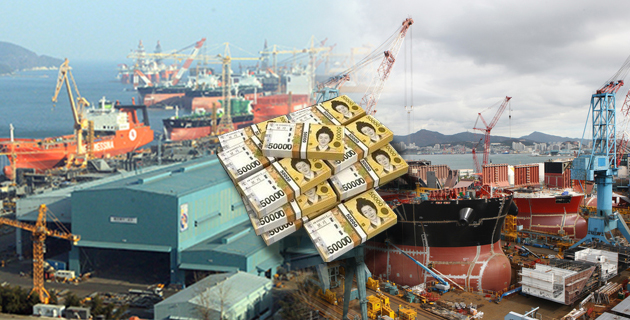 South Korea’s foreign exchange authority will allow shipbuilders to sell up to $8 billion in the forward exchange market as part of efforts to buttress the Korean won against the super-strong U.S. dollar.

Deputy Prime Minister and Minister of Economy and Finance Choo Kyung-ho said the government will increase the U.S. dollar supply in the local FX market by absorbing exporters’ forward exchange contracts during his interview with a local TV program on Sunday. Choo expected it would help stabilize the won-dollar exchange rate.

Forward exchange contract for currencies, also known as FEC or forward cover, is a contract whereby two parties agree to lock in an exchange rate for the purchase or sale of a currency on a future date.

Shipbuilders commonly collect payment on a large shipbuilding contract by installment over a period of time. Because payment is usually received in the U.S. dollar, shipbuilder signs forward exchange contracts with banks to hedge against future exchange losses from possible fall of the Korean won. For example, a shipbuilder signs a contract to sell 1 dollar at 1,199 won to a bank at a certain time in the future when the exchange rate is at 1,200 around the time it secures a shipbuilding order. Then, the shipbuilder can make exchange at the rate of 1,199 won per dollar when the forward contract matures.

The drawback of FEC is that it is recorded as a credit transaction, thus using up the credit limit that banks set per client.

The government plans to inject $8 billion into the local FX market through support for shipbuilders’ FECs by the end of this year. It will also encourage banks to raise their limit on FEC purchases from shipbuilders. The Export-Import Bank of Korea will expand the line of credit extended to shipbuilders.

By Kim Jung-hwan and Cho Jeehyun