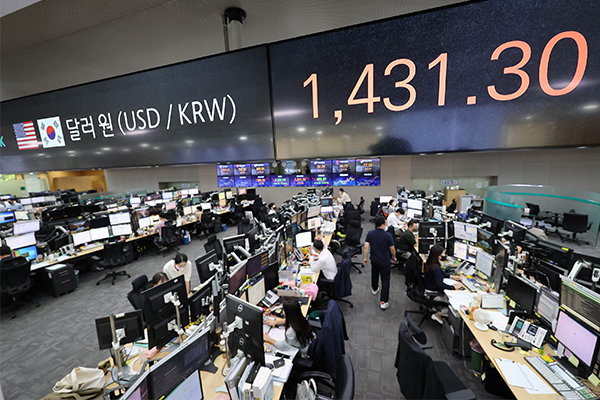 South Korean currency and stocks Monday crashed despite a slew of actions to fuel dollar supplies and verbal promises of incentives to bring home investments parked in overseas assets and more active engagement of foreign exchange reserves to stall the freefall in the won.

The U.S. dollar rose 22 won to finish Monday at 1,431.3 won. It zoomed past 1,420 and 1,430 won to the highest level since March 2009. Panic spilled over the stock exchange despite assurance from authorities they had sufficient ammunitions and means to prevent a currency crisis.

The flurry of verbal interventions did not help.

“We have taken various stabilization measures and are readying more aggressive actions as the won is falling faster than other currencies against the dollar,” said Economy and Finance Minister Choo Kyung-ho in a TV interview on Sunday.

State authorities will back lenders to better meet dollar supplies for forward contracts for hedging and employ foreign exchange stabilization fund to stabilize the exchange rate.

The foreign exchange stabilization fund is used for dollar buying or selling activity by the finance ministry to stabilize the Korean won.

“We have sufficient reserve of $740 billion, which is the world’s ninth largest. We can use the funds to stabilize the exchange rate,” he said, stressing authorities have enough ammunitions to fight currency challenges unlike the past crisis times. 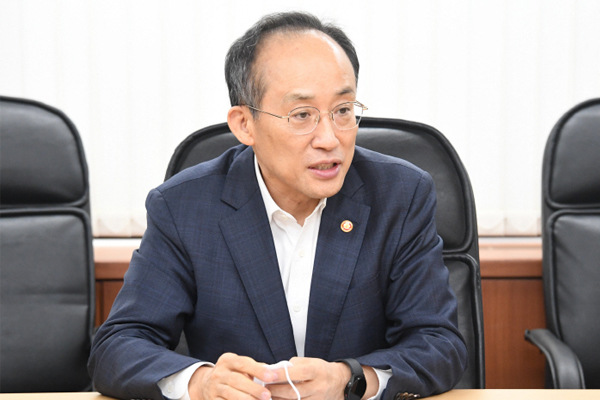 The government is also reviewing measures to leverage on large-scale overseas investment by Korean nationals to draw positive impact on the forex conditions, the finance ministry said.

In 2008, Korean net offshore financial assets had been $100 billion in the negative. Since $12.8 billion in surplus in 2014, assets ballooned by nearly 600 times as individuals turned active in offshore securities trade.

To fuel dollar supplies, the Bank of Korea has entered an agreement with National Pension Service, a major institutional investor with near $55 billion assets under management, on a $10 billion swap agreement, while the government will be providing $8 billion to the