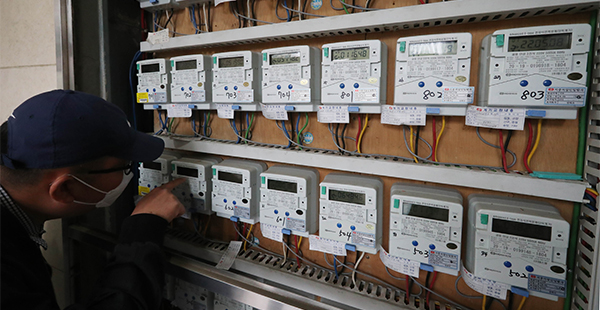 Korea Electric Power Corp. (KEPCO) needs to raise its monthly residential electricity bills by more than 80,000 won ($57) to stop and cover the yawning losses for the state power monopoly.

KEPCO’s electricity charge on households should be rationalized to 261 won per kilowatt-hour (kWh) to avoid annual loss ballooning to 35.4 trillion won under the most pessimistic estimate by Hana Securities based on the estimated power usage of 135,876 gigawatt-hour in the October-December period in 2022, said Democratic Party Rep. Kim Hwe-jae, citing data from KEPCO.

KEPCO’s colossal deficit cannot be stopped under the current pricing structure as the law caps quarterly rise in household power rate at 5 won.

Based on the proposed hike of 261 won, the monthly electricity bill for a four-member household that uses 307 kWh a month would go up by more than 80,000 won.

Market consensus compiled by the local financial market tracker FnGuide shows KEPCO will likely incur operating losses of 28.8 trillion won this year. Even the most optimistic projection, made by Meritz Securities, amounted to 25.4 trillion won in losses.

The system marginal price (SMP), referring to the price at which suppliers like KEPCO buy the electricity from power generating companies, has been surging at a faster clip.

SMP averaged 227.48 won per kWh from Sept. 1 to 20, far above the earlier record high of 201.58 won touched in April this year. The state utility has been unable to raise its electric bill high enough due to the local law. Under the current condition, the more it sells, the greater loss will be.

The Korean government currently is reviewing lifting the ceiling on electricity bill hikes.

For KEPCO to break even in the fourth quarter, it needs to raise the electricity charge by 50 won per kWh. But given the inflationary pressure, authorities cannot easily move to raise power charges.