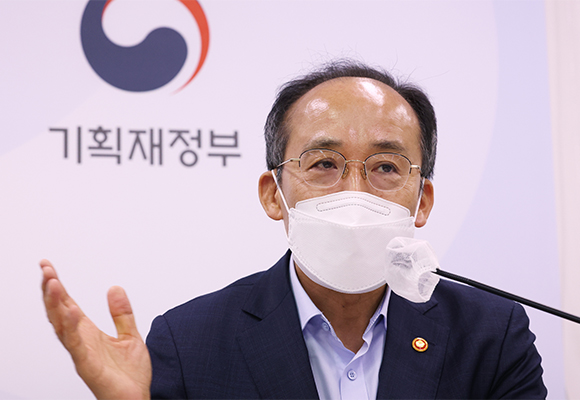 South Korea’s finance minister on Monday reissued verbal intervention as the Korean won sank to new annual low and weakest against the U.S. dollar since the wake of the 2008-2009 financial crisis.

Authorities will take “appropriate and necessary” actions against “excess” bias in the foreign exchange market due to jittery sentiment, Choo Kyung-ho, deputy prime minister doubling as the finance and economy minister, told reporters.

Although he could not refer to a “certain level” of a foreign exchange rate as it can cause misunderstanding, Choo said the basic stance to contain volatility remains unchanged.

Amid enhanced foreign selloff in Korean stock and bond markets, the U.S. dollar moved closer to 1,300 after hitting new annual high of 1,295.30 won. On assumed dollar-buying intervention, the dollar slipped to close at 1,292.40 won. It is highest since July 14, 2009.