The South Korean government will cut fuel taxes up to the legal limit of 37 percent from July 1 and double tax deduction rates on credit card use for public transportation services in a desperate measure to contain inflation.

Under the latest measures to aid consumer economy from jump in prices endorsed in an emergency meeting on Sunday, fuel taxes will additionally come down from current 30 percent to 37 percent starting July to December. The move can save drivers extra 516 won ($0.4) tax per liter of gasoline, 369 won of diesel, and 130 won of LPG butane.

The government lowered fuel taxes to 20 percent in the second half of last year when prices began to surge. Seoul expanded the cut to 30 percent last month as oil prices continued to soar due to tight supply from Russia’s invasion of Ukraine. 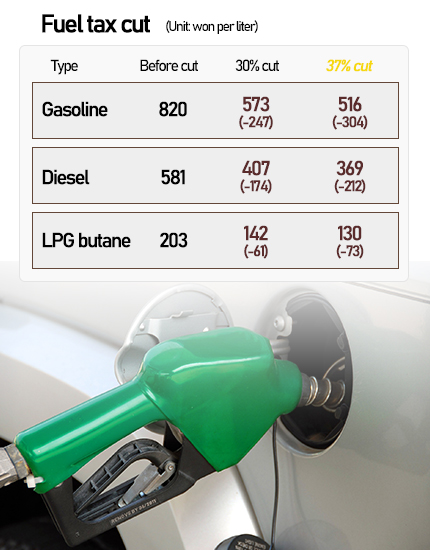 이미지 확대
For example, an individual with annual pay of 70 million won with 20 million won credit card usage that spends 800,000 won on public transportation will receive up to 640,000 won tax deduction in the second half of the year, up from current 320,000 won. The expansion scheme is subject to parliamentary approval.

The government plans to increase the number of budget transportation card users from current 390,000 to 450,000 by the year end. The government offers up to 20 percent mileage to the users in proportion to the distance by foot and bicycle and an additional 10 percent discount by credit card companies.

The government will release state reserves of potatoes, onions, and garlic in June and July to help to stabilize fresh food price prices

“We will discuss with Korea Agro-Fisheries & Food Trade Corporation and review emergency imports of items like potatoes whose prices have surged due to tight supply,” said an unnamed official from Ministry of Agriculture, Food and Rural Affairs.

The government is also seeking to expand supply of cabbage and radish.

It plans to levy zero taxes on Canadian refrigerated pork belly and pork neck, down from 8.6~22.5 percent to lower burden on households.

Seoul has been digging into every possible measure to stabilize prices against few options. 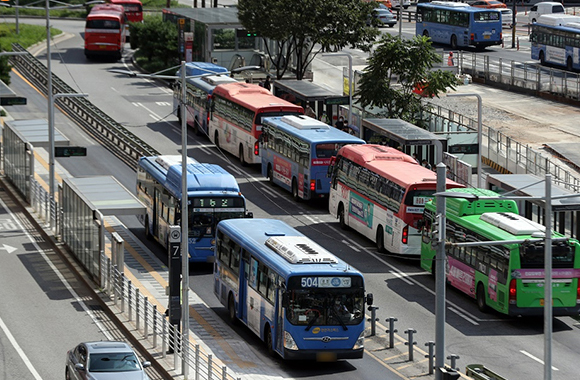 The country’s consumer prices jumped 5.4 percent in May against a year-ago period, shooting above 5 percent for the first time in 14 years. The retail price of peeled garlic rose 41 percent to 13,446 won per kilogram and onions 19 percent to 2,213 won per kilogram as farm activities have been hurt by shortage of fertilizers due to protracted war between Russia and Ukraine, both global breadbasket responsible for grains for fertilizers and animal feed.

The government in principle will try to freeze public fees throughout the year. Despite the snowballing deficit at Korea Electric Power Corp., Finance Minister Choo Kyung-ho said the government will “minimize” hikes in electricity and gas bills through voluntary efforts by the providers.

Last week, KEPCO proposed the government a 3 won per kilowatt hour hike in electricity rate for the third quarter.

In May utility prices including those of electricity, gas, and water contributed 0.32 percentage points to the 5.4 percent gain in consumer prices.

Tollgate, railway, mail, water, vehicle inspection fees will all remain the same. The cut in airport facility usage fee managed by Korea Airports Corporation and Incheon International Airport Corporation will also be extended until the end of the year.