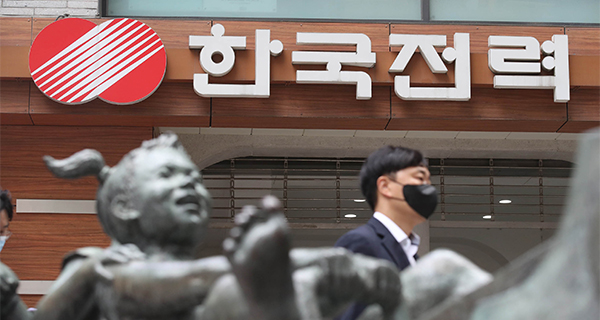 KEPCO on Thursday reported restructuring progress as the state utility monopoly seeks to raise electricity charges from the third quarter to contain the ballooning losses.

Since announcing emergency self-restructuring measures on May 18, the company sold equity and property assets worth 130 billion won. It rolled back annual budgeting by 1.3 trillion won.

It plans to raise 800 billion won from additional stake sale, including 400 billion won worth 14.77 percent stake in KEPCO Engineering & Construction that already has been motioned for board approval.

It will sell holdings in overseas coal power plants and mines for approximately 1.9 trillion won.

It assigned a lead manager for the sale of its thermoelectric power plant in Cebu, Philippines to close a deal within the year.

It has already sold two of 15 properties at immediate disposal, securing 8.4 billion won.

The company will adjust investment timelines for the large-scale renewable energy projects without impacting its carbon control and power supply goals.

It is in talks with the government to draw policy loans from state lenders like Korea Development Bank by collateralizing or yielding stakes in Korea Gas Corporation and Korea District Heating Corp. The government is separately mulling to revise the KEPCO Act to raise its annual debt ceiling.

By Song Gwang-sup and Jenny Lee